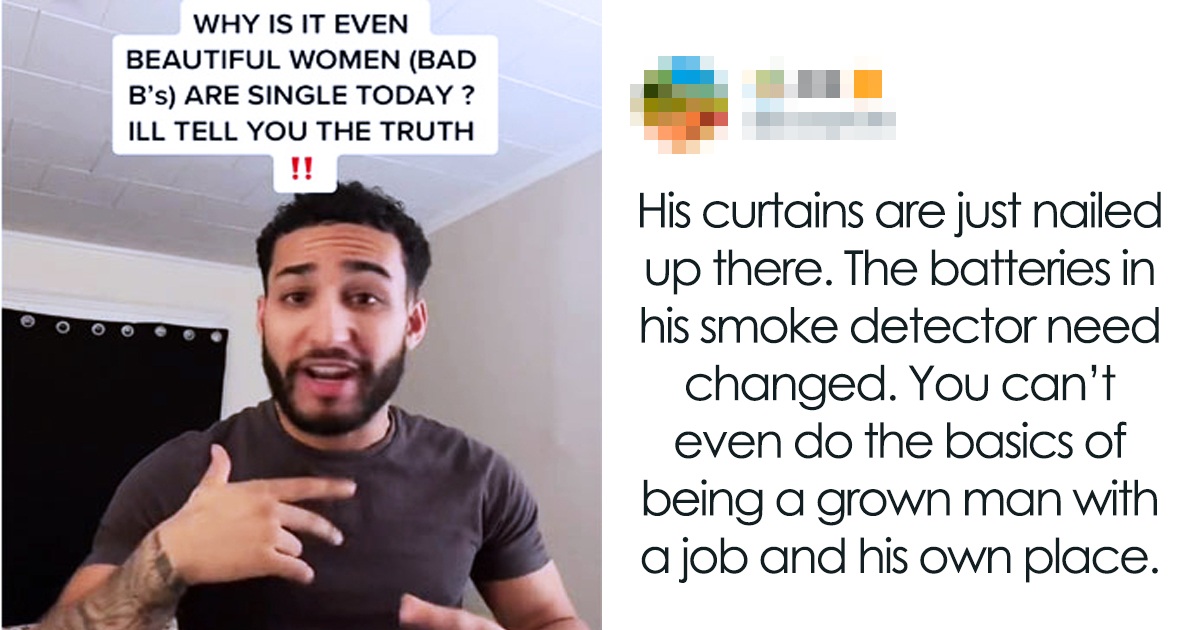 The word single remains freighted with misogyny, but the number of women living it is growing by the day. The female populace is beginning to see a new reality: Feminism, a thing caused by how women are being treated in society. However, not everyone, particularly men, has accepted this lifestyle and among them is TikToker @heartbreaknino617.

@heartbreakino617 claims beautiful women are single because of feminism.

Taking to the platform and Twitter, the self-proclaimed Alpha Male revealed that independent and strong women who are gorgeous and describes themselves as bad b****s are single because of feminism. He highlighted his point quite detailed, but his audiences weren’t in agreement with the perspective. A few people are baffled that his kind of man still exists.

His perspective is hinged on a popular misconception which sees that women think they are better than men.

The clip (now deleted) was watched over 2.5times, and just when @princessjahadd shared it on Twitter with the caption: “this scary asf,” it was watched by over 6M people who disagreed with the TikToker. “Why is that even beautiful women, bad b****s are single today? It’s simple feminism. Feminism taught you that you’re a queen, you’re God’s gift to this Earth, you’re the prize. No the f**k you aren’t. No, you ain’t.” @heartbreanino617 said.

The TikToker said women who call themselves queens will never be one to him as they aren’t his mother.

He added: “You ain’t a queen, you ain’t gonna be my queen, cause you ain’t my mother. You don’t love me unconditionally; you love me under condition. And the problem is, I’m the man, I’m the leader, I’m the toxic a**hole’ guy, the ‘tool’ because when we go out, right, you expect me to take care of you, right? When we go out, I pay for you, you good. We go to the store, hey, here, get some shoes, you good, I got you.”

The ‘Alpha Male’ says since he pays for the woman when they go out, it’s her job to do as he instructs.

The TikToker claimed that because men are the providers, women should be submissive and do as men instruct because they are dominant. He continued: “When I tell you to do something, do it. That’s the problem, don’t expect me to chase you and beg you and get on my knees, bro. I’m not submissive. I’m dominant. And then what happens is ‘I don’t want to be with that.’ He’s toxic. He’s bad.”

More interesting, he told that he isn’t submissive but dominant. He expects submissiveness from women.

“Your friends tell you he’s a bad guy, right? Then you be with that nice guy, and you end up cheating on him or leaving him cause he’s weak.’ He doesn’t make you feel nothing. That’s the problem. You’re the problem. You’re delusional.” @heartbreakinino617 concluded. In response, many people suspected that someone might have hurt him and now has a skewed interpretation of the relationship. On the other hand, a few noticed the curtains hung in the background weren’t on a rod and shared they should belong in the bathroom.

Here’s What People Had To Say In The Comments On TikTok.

It turned out most of @heartbreaknino617 TikTok clips (now deleted) are about women.