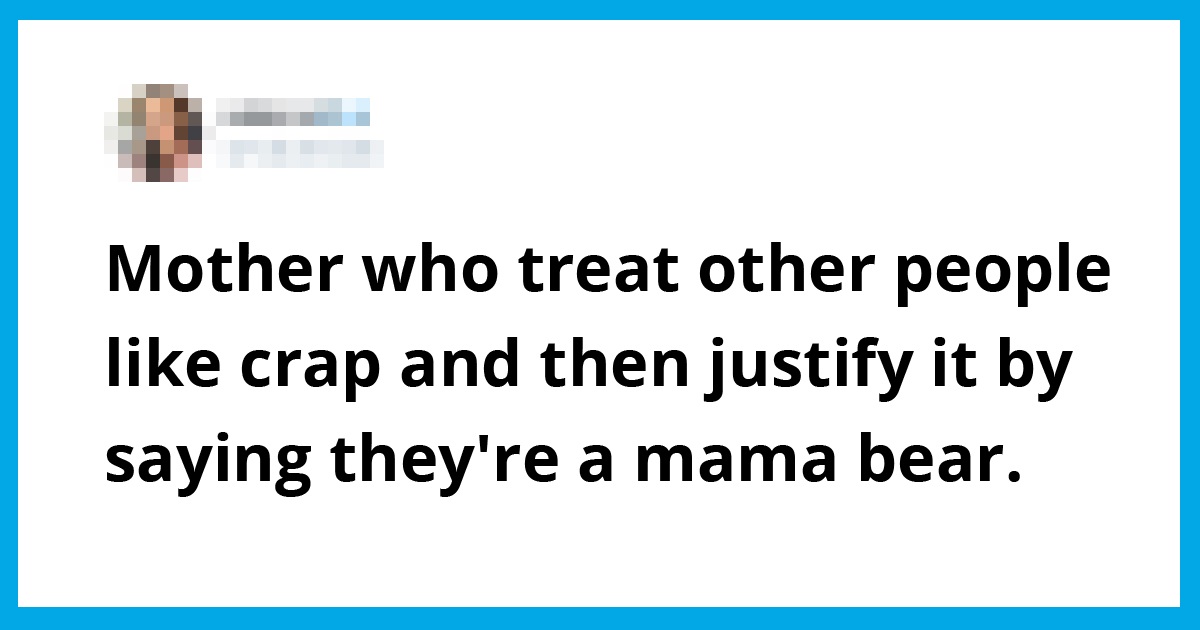 20 Examples Of Toxic Femininity That Are Bad As Toxic Masculinity

Women need equality, but a few women seem to want domination over others. Using feminity as their facade, they spread toxicity that belittles men and women who don’t live the way they think to be right. When in fact, feminity simply wants women to be treated equally as men in every aspect.

The day we reach equality is the day people think that judging people based on their gender to be stupid. It should be the day where both men and women can look eye-to-eye without prejudices based on gender. Before that, we’ll keep seeing toxic feminity and masculinity, as people mentioned on this Reddit thread.

“Probably the whole “I’m not like other girls” thing. What’s wrong with other girls? You can value yourself as special without sh**ting on others.” – Phil_Drill

“It’s when a woman assaults a man first and when the man retaliates, the woman acts like she’s the victim saying, “you can’t hit a woman.” You hit him first, Ma’am. You’re not absolved to any of your wrongdoings just because of your gender.” – hbc2143

“My ex-husband and I separated when our child was 2. Went to a birthday party for daughter’s friend and was having a casual conversation with one of the husbands. The group of women stood in a corner staring at me, and the wife came up and grabbed him by the arm and started doing that strange possessive peacock dance. What were we talking about? Real estate prices.” – YourMothersButtox

“Mother who treat other people like crap and then justify it by saying they’re a mama bear.” – zanovar

“When we s**t all over men and boys while calling it “Modern Feminism.” We don’t have to deconstruct and destroy everything masculine just for women to be equal. That is literally the opposite of equality and should be offensive to everyone.” – DancingAssClown

“Toxic feminism to me is hating ALL men. Not all men are the same. Those kinds of girls make it a point to spread that hate and make it a big movement. I understand everyone has had their experiences with men who have hurt them but to spread such hate and make it their personality?? Not cool.” – ajmeraz

“Women who think other women that enjoy cooking, child-rearing, and homemaking are perpetuating stereotyped gender roles enforced by the patriarchy. Tearing other women down because what they enjoy doesn’t fit into the tiny box of what YOUR version of feminism should be is toxic femininity to the max.” – Oichbro550

“‘If you can’t handle me at my worst, you don’t deserve me at my best.’
Sorry – that’s not how life works.” – badlilbadlandabad

““Breast is best,” “Women who have C-sections aren’t real mothers,” “Real women have curves,” and “I’m not like other girls,” etc.” – Kopcalysm

“Being pressured to have children. Women can be incredibly toxic when they find out that someone made a different choice regarding procreation. Personally, I think mothers that hate on childless women regret their choice to have children and lash out at those they secretly envy for their (perceived) freedom.” – GreenAppleLady

“Harassing/Calling police on fathers (or other legit male caregivers) minding their own business bringing their kids to a public park.” – Washjockey

“The divorce playbook. First, you kick your husband out of his own house. Then you go to a judge and claim that you are afraid of your spouse and get a PFA. Then you go to family court as the poor helpless woman and take every dime he has then s**t talk him to his own kids. Mine was more amicable than that but I have seen it happen to more than one guy.” – dainbramaged1982

“A girl in the grade below me (I’m a senior in high school at this point) passed away unexpectedly due to sepsis. Our whole city was in shock as the girl was in the school just days before her passing. I remember I met up with my gf at the time & she asked, “Why do so many people care about her dying? It’s not like she was pretty anyways.”

Safe to say, the Lord blessed me with a brain and I GTFO’D that relationship. To this day, she is still in contact with me & recently she complained that guys use her & she can’t figure out why nobody will be with her. Well, honey, I don’t think it takes a rocket scientist to figure that one out.” – Susealao9

“Probably the culture around eating. When I was 17-18, a few friends kept saying how much more attractive I’d be if I lost weight, how that’s why most guys weren’t into me, how I’d regret not being skinny in college, etc. My BMI was slightly under 25, so I wasn’t overweight, but I was close to it, especially compared to them.

So I basically became anorexic from 18-20 just because the feedback was like a high. I recovered, but not enough to make my mom and others happy, even though my BMI was 22-23. This continued for years between friends and family, and it was exhausting cycling between being too skinny or not average enough.

That’s really the only strong example I can think of. No matter the trendy body shape, the criticism from others will always continue. I’ve only had one guy ever comment on my weight compared to the many, many women, even strangers.” – Screaming_Weak

“Some women are so judgemental about other women, particularly when it comes to looks or fashion. Also, the women who seem to enjoy forming cliques and cutting out anyone they deem to be an outsider. Worked with an office full of them once. It really sucked!” – BringBackRobotWars

“Putting other women down for liking girly things and not wanting to be CEOs etc. Ages ago a woman I knew commented on a news article about women who love to wear mermaid tails and go swimming with them. She said women should aim to be CEOs and not mermaids.

I happened to have one of those tails and love mermaids. I’m 37 now and still do! Doesn’t mean I am stupid or aim low. I don’t want to be a CEO, it’s not who I am.” – Redvelvet_dinosaur

“The kind of lady that believes a man needs to be a provider is toxic. Also, women that look down on men that are shorter than them are toxic af.” – 12ButtsAtOnce