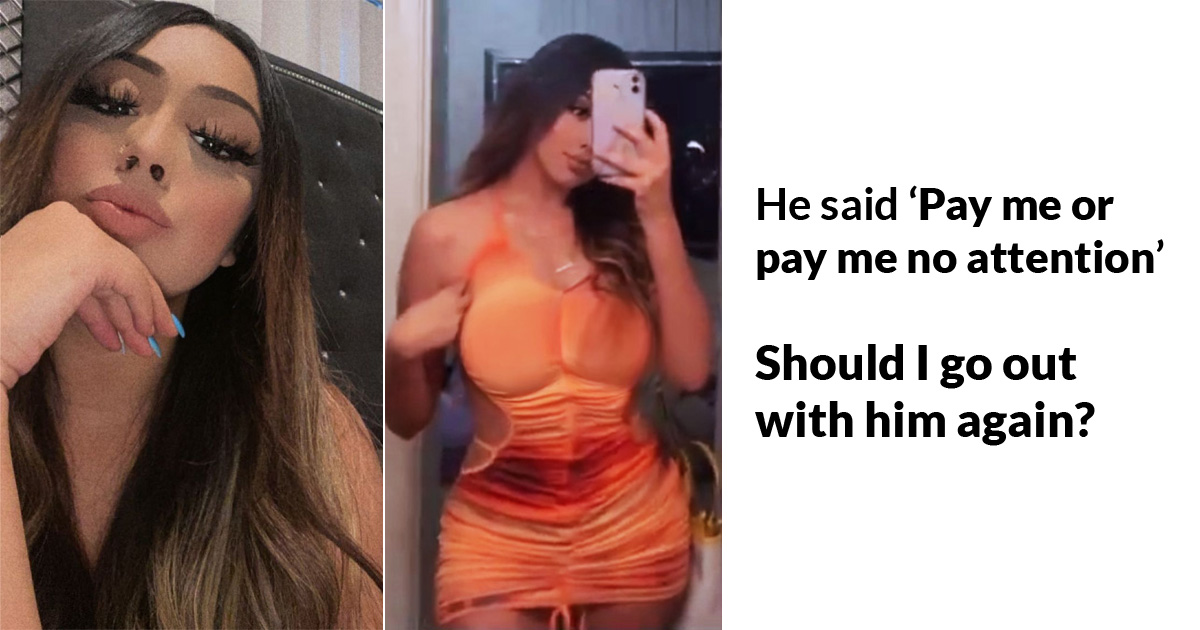 A woman’s date outing went viral after sharing that her beau only bought food for himself. Heydi Berber’s TikTok clip sparked debate online after also revealing that she didn’t have money as she had forgotten her purse at home. Explanations of the incident surfaced in subtitles, and it told that Heydi had asked him out.

Heydi Berber sparked an online debate after publicly shaming her date for only buying food for himself.

“I didn’t have money, so he only bought himself food.” Heidi’s said in the clip and then showed her date enjoying his meal while she just saw there awkwardly with nothing in front of her. The TikToker further asked for opinions on whether she should “Go out with him again?” and added that he said: “Pay me or pay me no attention.”

Heydi was the one who requested the date!

Heydi then liked a post that read: “A gentleman won’t do you like that.” Since sharing, the video has garnered over 4M views and tens of thousands of comments. You will agree that there has been a long-standing belief that men should pay for the first date. This has been widely held, and reports from surveys have continually insisted that men should pay.

She went on a date with the man and didn’t have any money as she had forgotten her purse.

Dating in fresno be like … #559fresno #fresno #couples #boyfriend

However, Heydi got slammed, with many questioning why she expected the man to pay. “Why does she expect a free meal, though? I mean, yeah, it’s respectful for the guy to pay, but she should still offer to pay too.” One person wrote. Another added: “Honestly, he shouldn’t go on another one with you again.”

“Should I go out with him again? He said he would pay me or not pay attention to me,” Heydi asked.

Some people opined that if the man had asked for the date, he should be the one buying, but if Heydi had asked, then the bill should be on her, adding that she asking remains a huge red flag. One wrote: “I offer to pay on the first date but knowing your date came expecting a freebie. Should he go out again is the question.” Another asked: “You should always have money for emergencies; what if he left you there?”

So far, she has been labeled a RED FLAG.

However, it turned out there was a second date, but it didn’t go as intended.