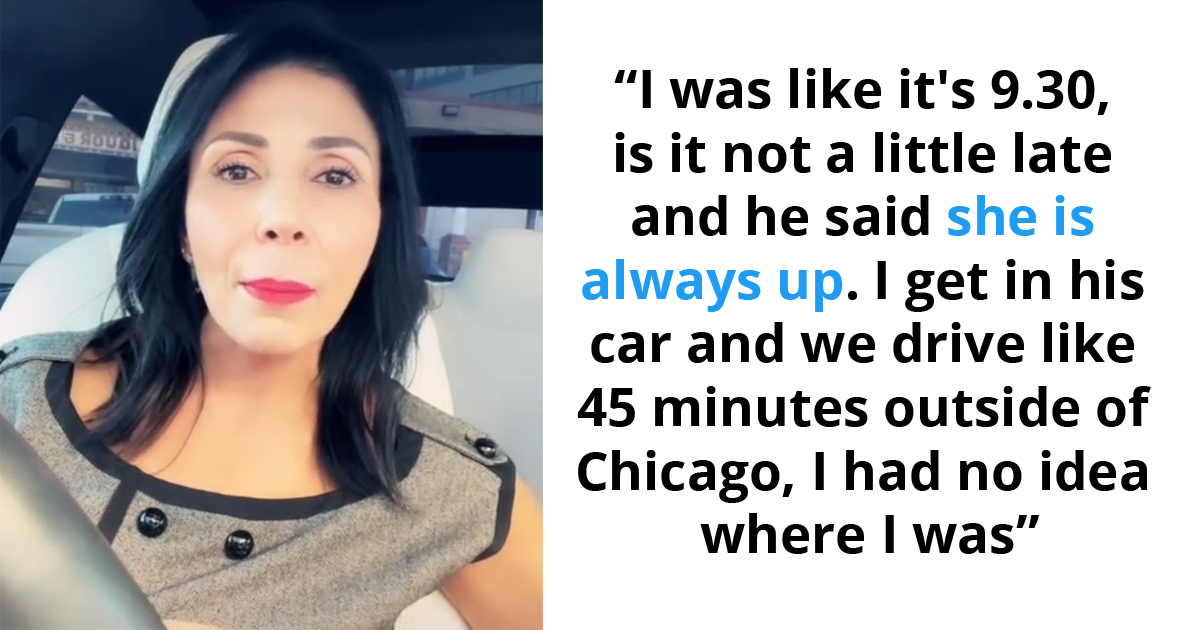 ‘I Thought I’d Met The Man Of My Dreams On A Blind Date, But Then He Took Me To Meet His Mom’

TikTok user duchessofdecorum shares one of the most thrilling first date stories ever. The woman hopped on a ‘first date from hell‘ storytime trend and shared how she thought she was going to be murdered by her date.

“Listen up because I promise you this is going to blow your mind,” she said in the clip.

She started while gushing over the guy’s amazing specs: a surgeon, tall, dark, handsome, etc.

The woman had came for a blind date and said that it was perfect. She spoke, “The guy pulled up in a Porsche, he was 6ft 3, absolutely gorgeous, he takes me to the best restaurant in town, and we had a great conversation, he was as advertised.”

Everything went so well, she was invited over to his place, “After dinner, he said ‘I like you so much I’d like to meet my mom.’ I was like it’s 9.30, is it not a little late and he said she is always up.”

She felt something was wrong about this whole invitation, but her brain insisted on what could possibly go wrong?

She also pointed out that the guy often talks about his mom during the date. However, the woman didn’t think that’s a problem as he may just be attached to his parent.

“I get in his car and we drive like 45 minutes outside of Chicago, I had no idea where I was, I didn’t even have a phone so I couldn’t make a call,” she continued.

“I have seen horror movies that start like this, and Christian Grey was slowly starting to look like Ted Bundy.”

But they arrived at his home and it was dazzling. His house was “like a castle” complete with the fountain and everything. They got in and things got weird again when she asked where his mom was and he said she’s out in the back.

Something was definitely off, but she’s already there and she just followed her walking out into the garden.

“We were walking in the grass, it was pitch black and all of a sudden he stopped in the middle of the yard,” the woman recalled.

“And he says ‘Patty this is my mum, mum this is Patty’, and he was talking to a frickin tombstone.”

“He had buried his mom in his back yard and I thought this guy is going to kill me,” the woman continued. “I talked to that frickin tombstone for 15 minutes acting like it was totally normal, there was nothing wrong, I could have won an academy award.”

She panicked and wanted to run away, but she didn’t even know where she was. So she decided to play along to avoid getting killed. When the man suggested they go back to the city, she felt relieved and immediately hopped into the car.

“The moral of the story, always listen to your gut. If you don’t listen to it you might end up speaking to a tombstone for 15 frickin minutes thinking someone is going to kill you.”

The TikTok clip has been watched 322k times with many people sharing their own suggestions. One wrote, “Moral of the story: never get in a car and drive anywhere with a stranger with no phone.”

Another wondered if the surgeon can be identified, “Where is the creep now? I just want to make sure he is not my surgeon.”