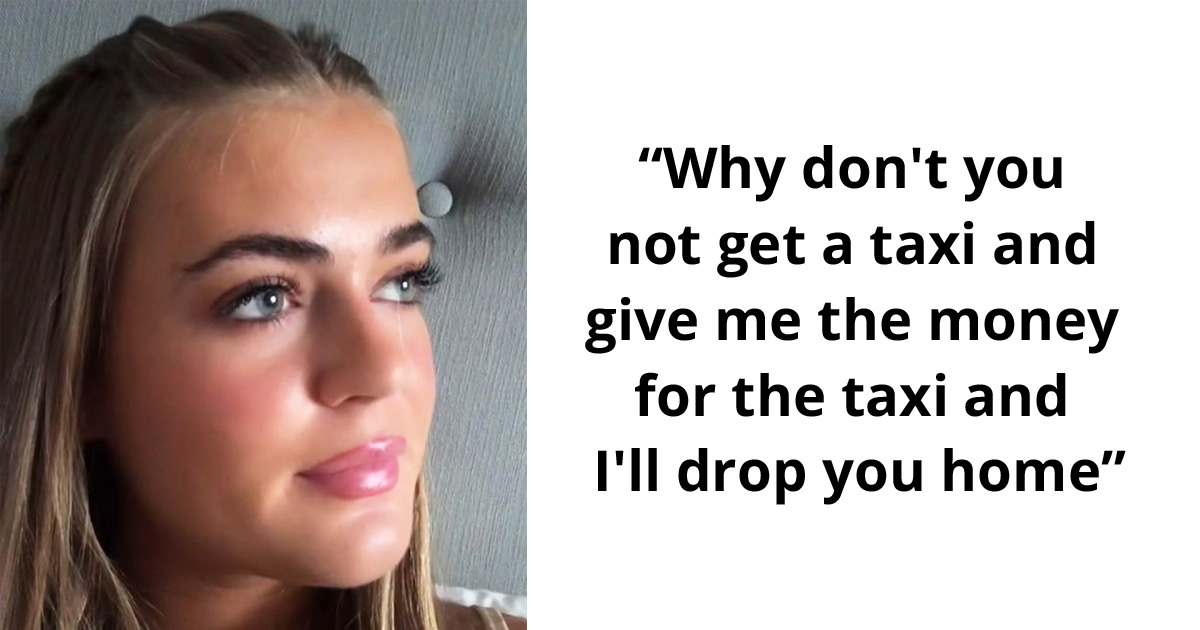 Dating culture is changing – men are not always expected to pay for everything as women’s buying power increases. Different couples may work it out differently, but as long as there’s respect from both parties, some men prefer to pay for everything while some women don’t mind splitting the bill.

But a woman couldn’t understand how someone she dated before would as her for taxi money.

Hannah Collins did a duet with TikTok user jay.berryy who asked, “Ladies what’s the brokest thing a guy has ever done around you?”

The woman relaxedly started telling a ridiculous date story of hers, “So one time this guy I was dating, I was going to get a taxi from his because he was too lazy to drop me home.”

To clarify, this isn’t the same man she’s currently dating. It’s a story from several dates ago.

“So I was ordering a taxi and he goes ‘why don’t you not get a taxi and give me the money for the taxi and I’ll drop you home,'” she continued.

Getting offered a ride, the woman thought that the man was joking the whole way home. She was willing to order a taxi and thought he wasn’t serious. Until they’re actually in front of her house and she heard it again. She continued her story, “As I proceeded to get out of his car he said ‘do you have that cash there?'”

She didn’t forget to add, “By the way, this guy was older, he was grown.”

People couldn’t believe the story and one wrote, “Girl pls don’t tell me you gave him the money.” To which, Hannah, unfortunately, replied that she did give him the money.

Another wrote, “As if omg that’s so icky.”

One reacted, “I would have laughed and closed the door.”

Several were joking about how the man is just such an opportunist with one noting, “That’s not a broke man that’s a hustler.”