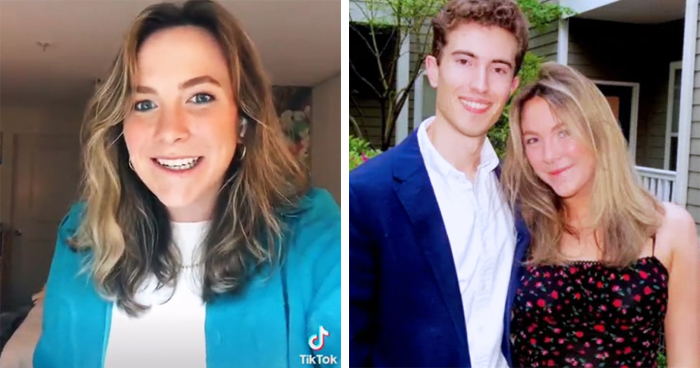 Annie Wright, a TikToker with more than 222k followers that often make content with her boyfriend, reveals that she drew up a relationship contract two weeks into a relationship with a guy she met through Tinder.

But color us surprised: they have lasted almost a year now!

Annie admitted that it sounded “absolutely psychotic” to have drafted a 17-page long contract about how their relationship should be. However, the couple has been getting called cute and even goals by many people. That was how she ended up showing her contract in the first place.

Annie Wright and Michael Head, two 23-year-olds, share how they write up their contract of love.

“This has been a game-changer. I’d recommend all couples have one. It’s the best thing ever,” Annie gladly shared.

“Now, I’m not a relationship therapist or anything, but I feel like this is how we avoid issues that I’ve seen other people dealing with all the time,” said Annie. She added that while this is crazy, it just helps them be clear with each other on what they think is important, and learn about what they’re signing up in a long-term commitment for.

She continued, “We treat our relationship almost like a business interaction. We deal with conflict like partners in the business would. We sit down and treat it more like we’re partners in life and love is an added bonus.”

Speaking about how they started it, Annie recalled, “We drew up individual contracts and came together like on ‘The Apprentice’ and presented them. I felt like the biggest issue I had in my last relationship was it felt like boundaries of mine were crossed that I never established.”

“I was like, ‘this time I’ll write them out and no one can cross my boundaries’. Michael’s also pre-law so he was pretty keen on the idea of making a contract.”

“We talked about love languages. He was the one who brought it up. It helped to outline ways we feel appreciated. I don’t think he’d think to give me gifts but now every time he goes to a gas station, he gets me flowers,” Annie shared after revealing that she did ask him to buy him flowers every two weeks or so in the contract.

“He likes quality time, so I wake up and go to the gym with him. Even though most of the time I’m doing nothing, he enjoys chit-chatting.”