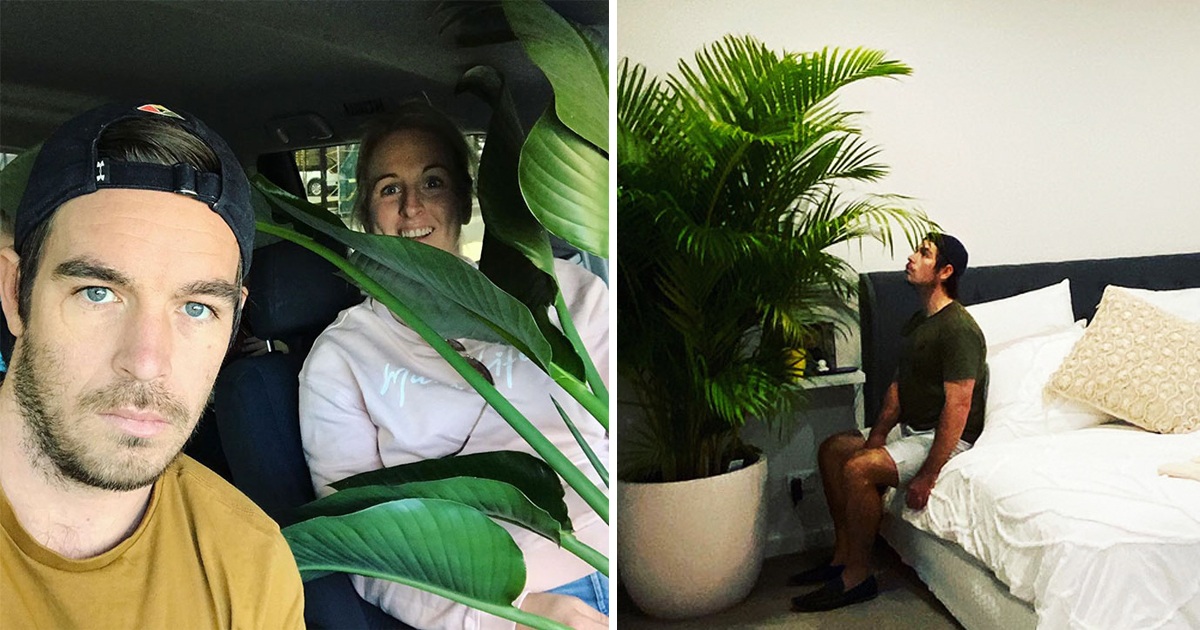 People who are married to plant lovers know what’s up. Their obsession with beautiful plants and push to turn your comfy, warm home into a jungle is strong. There are times you have to remind them about living space and that plants attract bugs, something most of us do not enjoy the company of.

This is parenting blogger Brad Kearns who may or may not have, reminded his wife about taking it easy with the plants.

But that did not stop this man’s wife from shocking him with more greenery to help him breathe while he sleep. Let’s just say we would like to see this man running a stand-up comedy just based on his rant on the two new plants.

Brad’s day began like any other day: two monster plants on his frontdoor.

Brad was absolutely shocked, as you can see in this picture. The plant stands tall next to him and Brad did not imagine his wife would think two gigantic plants would fit in their bedroom. Brad, being the good husband he is, chose to complain silently on his blog.

Well, commentators to the rescue because they really don’t suggest having plants, especially that huge, next to their slumber spot. They moved it out, but Brad was not even an inch, happier about this. That means more exercise to move them out.

But this was not the end of it.

Brad had to sum up what’s been going on.

Yes, life has been going well for these two. If moving in and out two gigantic plants is the only issue you have this lockdown, we’re jealous of your life. But not for the pest risks.