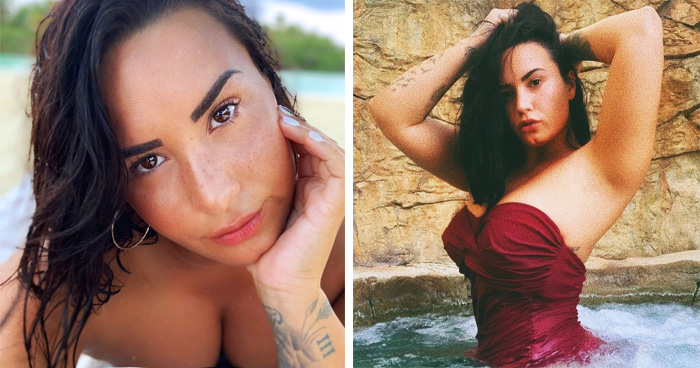 Demi Lovato was reported by law enforcement that she’d been rushed to the ER for overdosing. It was near-fatal, but aside from that fact, no other details were released to the public. For years, people don’t recall the incident anymore, but Demi decided that she’s ready to talk about it.

Demi Lovato: Dancing with the Devil official trailer dropped and she opened up about the incident.

“I’ve had so much to say over the past two years, wanting to set the record straight about it was that happened,” Demi began. As far as people know, the 28-year-old have been suffering from depression that stem from her eating disorder which caused her to snap and resorted to drugs.

For a few years now, Demi has been opening up about eating disorders and how she’s found herself anew again.

Now, she’s ready to open up on that moment she was on death’s door.

“Anytime you suppress a part of yourself, it’s going to overflow,” Demi explained. The shot continued to her friends who add on how she’s being pressured to be the popular icon she was.

Then, the video shows her partying and going wild, seemingly to refer to the time when she overdosed.

Demi continued, “I had three strokes. I had a heart attack. My doctors said that I had five to ten more minutes.”

“I’m rebirthing. I’m starting over,” she energetically added. Then she said, “I’m engaged,” before it was promptly followed a shot of her showing her ring finger without the ring as she broke off her engagement.

She was asked in the trailer, “Are you entirely sober now?”

The video cut without showing if she answered the question or not. The documentary will definitely have more to reveal on her personal life as went through that night’s incident.

“I’m ready to get back to doing what I love which is making music.”

“I’m not living my life for other people or their headlines, or their Twitter comments,” the trailer closed.

Premiering March 23, the raw documentary will be released in four parts.