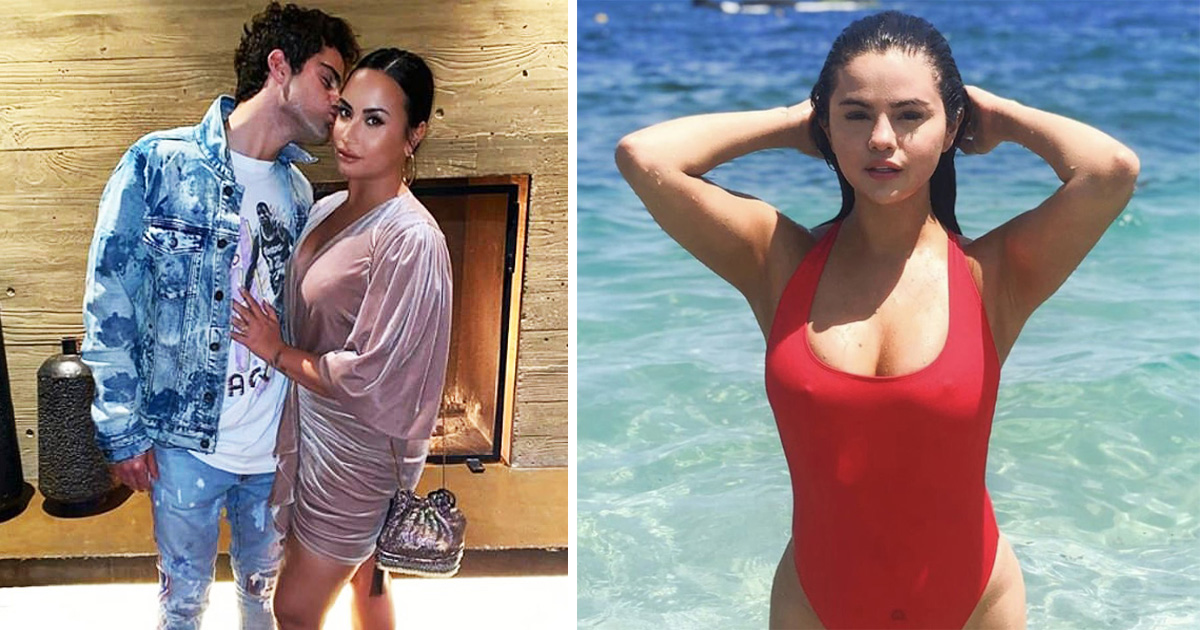 If you’ve been looking forward to Lovato tying the knot, you are going to have to wait for a little longer for Demi to find her perfect prince charming. Turned out, the pop princess and her fiancé Max Ehrich have called it quits, ending their engagement of just two months.

Demi Lovato and her fiance Max Ehrich have called it quits, ending their engagement of just two months and after just six months together.

The engagement was announced in July after being together for four months. Rumors had emerged earlier this month, revealing the Max, 29, had sent out thirsty text exchanges to Demi’s ex-best friend Selena Gomez in 2015.

‘It’s a difficult decision, but Demi and Max have reached a decision to go their separate ways and focus on their careers. They have respect and love each other. They will always cherish the time they spend together.’ A source told the People.

It’s been earlier reported that Demi had, however, been growing concerns over Max and gradually believed he proposed just for the attention, having ignored a lot of red flags. The two started their whirlwind relationship in March and fell right into the quarantine together.

Demi had earlier this month taken to Instagram to debunk viral screenshots that showed tweets wrote by Max in 2015.

The sources added: ‘Demi didn’t know who Max was truly was and he didn’t even think he had good intentions. There were a lot of red flags she ignored and she indeed tried turning a blind eye to them.’

Another insider commented: She doesn’t trust Max and feel he’s sketchy. She feels he proposed just for the attention.’ While a third source gave more insight: ‘Things began to go downhill when he told Demi he was flying out to work in Atlanta. They argued and Demi didn’t want him to go without her. There was a lot of tension and Demi left to clear up her head.’

Demi is said to be distressed over the split, but hours after the news went viral, she filmed herself in a restroom mirror, zooming in on her t-shirt which had a description that reads: ‘Dogs over people.’

Selena Gomez and Demi witnessed a rocky friendship after rising to fame on Disney Channel.