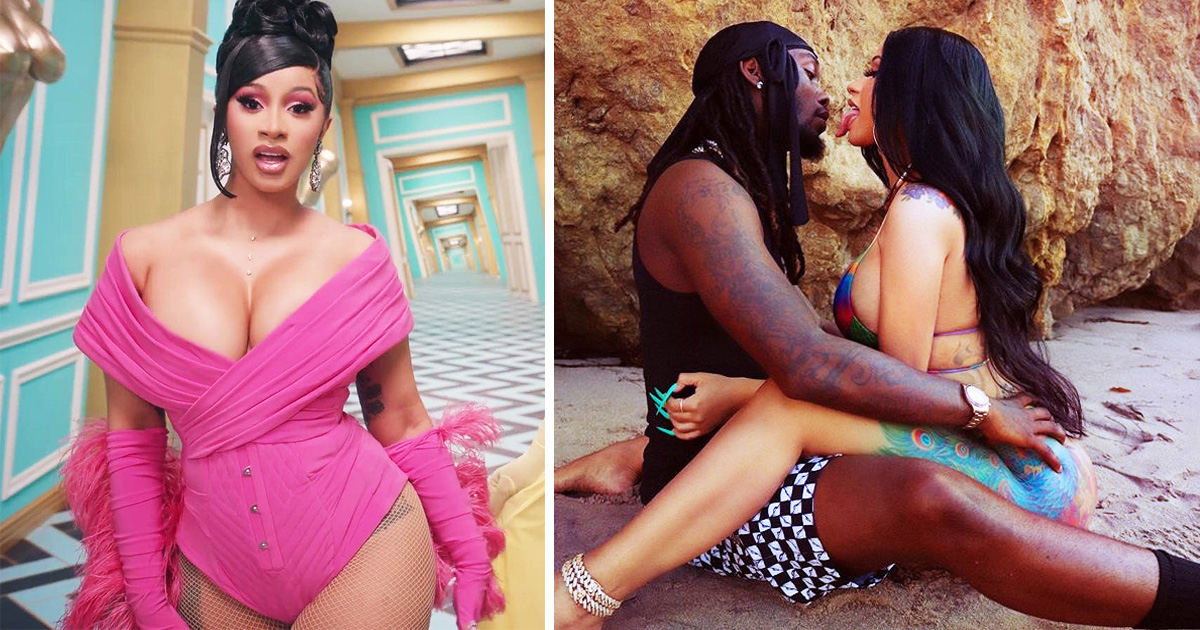 Rapper Cardi B has officially called it quit with Husband Offset after three years of marriage. The WAP Singer recently filed documents in the Superior Court located in Fulton County, Georgia under their real names Kiari Cephus and Belcalis Almanzar.

The 27-Year-Old secretly got married to Husband Offset in September 2017, and the following summer they both welcomed their 1st daughter named Kulture. As it appears, their romance is regarded over as it been claimed that Offset cheated throughout their marriage.

According to the documents, Cardi alongside her legal team dubbed the marriage as irretrievably broken and there’s equally no prospects for reconciliation. ‘Offset has cheated the whole time but Cardi had always looked away because of their baby. She doesn’t also want to be embarrassed but it seems she’s had enough. Reportedly, the documents added that Cardi hopes the separation will be settled by agreement of the parties.

Firstly reported by Hollywood Unlocked, Cardi’s divorce filing also feature the seeking of primary physical custody as well as legal custody over their child, Kulture – presently aged 2. Furthermore, new reports claimed she’s watering down her approach to seeking a joint custody agreement, but turned out the Bronx-born recording rapper is equally seeking child support, although the precise amount remains unclear. With the turns of Cardi’s success, she assumed a net worth estimated at about $24million while Husband Offset, 28 is worth $26million.

Earlier, the Bodak Yellow Rapper had revealed they had split in December 2018 amid cheating scandal and rumors of him being unfaithful. Taking to Instagram, Offset apologized for being a selfish, messed up husband and went on to seek for forgiveness on stage, in front of crowds at her Rolling Loud Concert. Offset took his plea to a whole new level, pulling out a sign designed of roses, with a write-up that reads: ‘Take me back again, Cardi B.’

The public display of affection and remorse was, however, branded poor by Cardi’s online fan base, with a few people calling the whole action ‘toxic.’ Reacting, the singer urged her fans not to bash Offset despite declaring they grew out of love and aren’t together anymore.

Again, in December 2019, their marriage faced rumors of his cheating and during this time, the Migos member sent out a message to Tekashi 6ix9ine’s girlfriend, who of course publicized the exchange. Strong yet caring Cardi came to the husband’s defense, claiming his account had been hacked. Apparently, the relationship has come to an official end.

The Details Of Cardi’s Divorce: