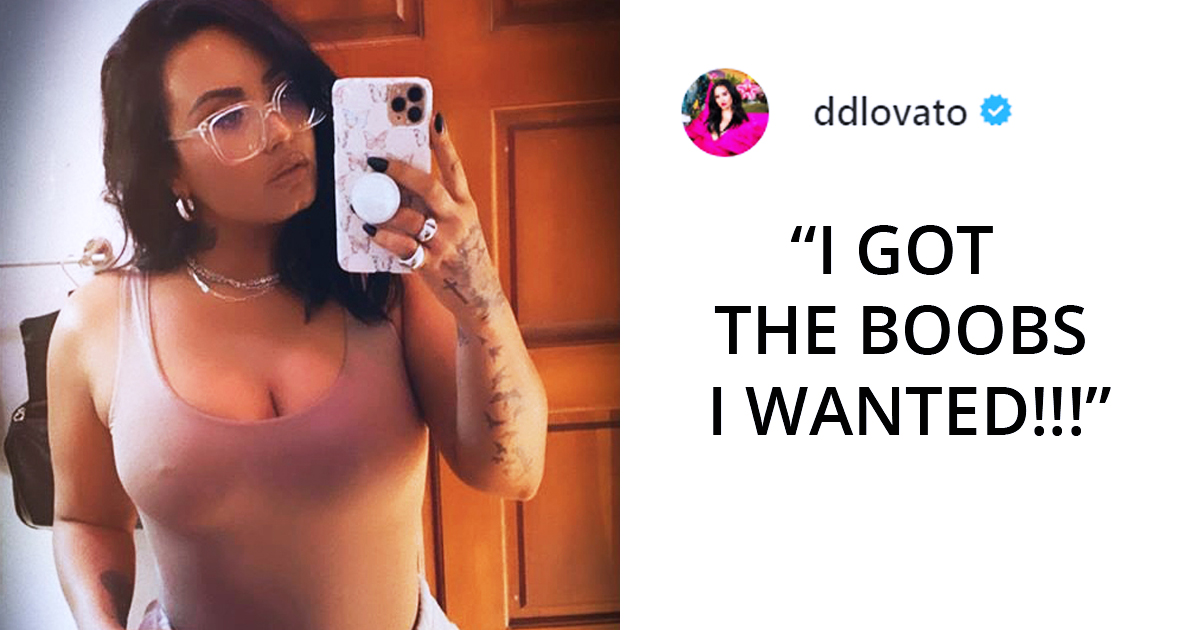 Demi Lovato has been plagued with eating disorders after a strict diet from her old management for six years.

Yes, for six years, Demi Lovato, our queen with a golden voice, suffers from an eating disorder. As someone who enjoys food of all kinds, an eating disorder is something one just cannot imagine. Especially when it’s caused by people telling you not to eat.

But she’s finally recovering from it!

After she gets to eat what she wants, of course she’s going to put on some weight. But really, some weight is not bad at all because she looks so much healthier, so much more enjoying her life. Not to mention she’s brimming with happiness and sexiness!

Demi Lovato went on Ellen Show as she opens up about her recovery.

During the show she said, “I lived a life for the past six years that I felt wasn’t my own, because I struggled really hard with an eating disorder.

“If I was in my hotel room at night, [my management team] would take the phone out of the hotel room so that I couldn’t call room service. Or if there was fruit in my room they would take it out because that’s extra sugar. Like, we’re not talking about brownies and cookies and candies and stuff like that. It’s like, it was fruit.”

She continued on a even more shocking part of her diet, “And, for many years, I didn’t even have a birthday cake. I had a watermelon cake, where you cut your watermelon into the shape of a cake and then you put fat-free whipped cream on top. And that was your cake. And for years I did that, and it kind of became this ongoing joke, but I just really wanted birthday cake.”

But we now let go of the horrible stories of the past. Demi recently posted a selfie in tank-top.

She put on the caption, “Fun fact: I never had boobs until I started eating what I wanted. My whole life I hated my small tittaayyys and then when I finally let go of my eating issues, I GOT THE BOOBS I WANTED!!!”

“But let this be a lesson y’all.. our bodies will do what they are SUPPOSED to when we let go of trying to control what it does for us. Oh the irony….

Several weeks before this, Demi Lovato posted on Instagram with the caption, “Dear little me, I’m sorry that it took so long but baby your free..”

She is also allowed to have birthday cakes now! For many people, this seems to be a given, but for Demi who was never allowed a proper cake, we can’t even imagine how she feels about this.

So, of course we’re not stretching that Demi said by letting go yourself you’ll grow some nice racks. That isn’t how this works. But we are loving the positive vibes Demi is getting as she begins to love her boy, feeling healthier and happier and BIRTHDAY CAKE.

Anyway, go check out her newest collab with Marshmello, ‘OK to not be OK’.