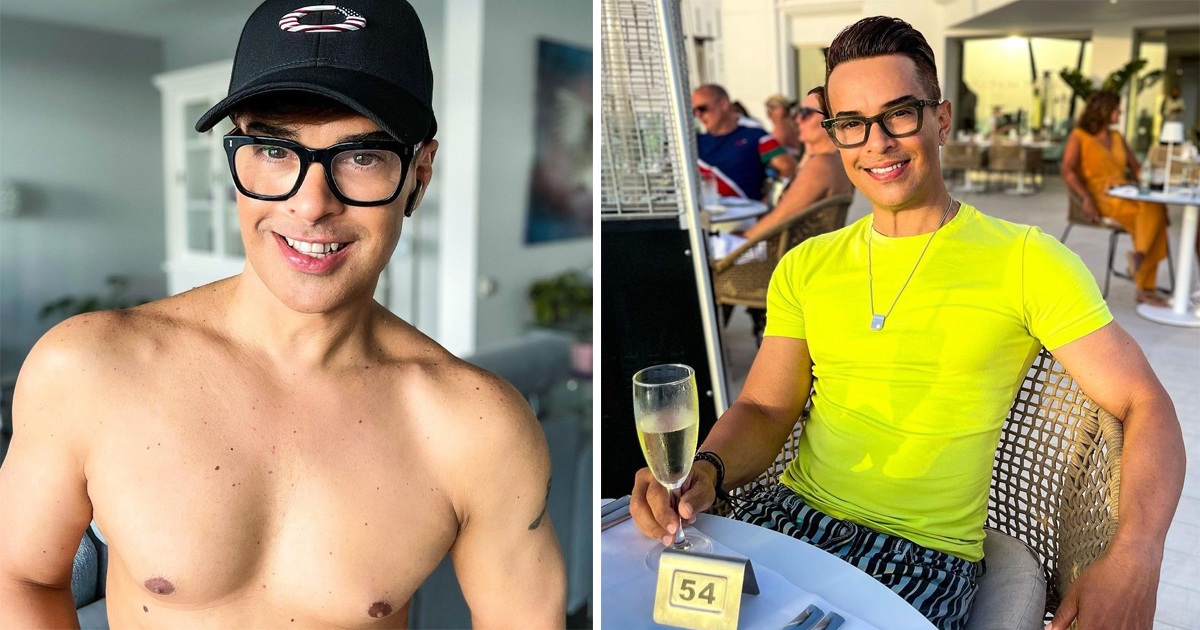 Dad, 54, Looks So Young He Gets Constantly Mistaken For His Step-Daughter’s BF

Edson Brando looks like he is in his 20s and could easily be his age. The Influencer from Groningen in the Netherlands has continually insisted that his appearance is due to a positive mindset, good nutrition, skincare, and exercise. The 54-Year-Old writer had also claimed he has never had plastic surgery.

Edson Brando, an influencer from the Netherlands, has built a following online thanks to his youthful looks.

However, things have turned tricky due to his physique as Edson now gets constantly confused for his step-daughter’s boyfriend. When out with his family at parties, Edson claimed people get convinced, and the situation has been embarrassing for everyone.

More recently, Edson is now mistaken for his step-daughter’s boyfriend.

“I am the eldest of my brothers, with the others aged 52, 28, and 27. At family reunions, people ask my father whether I am the youngest son. Once when traveling, I was flagged by the order police in Switzerland as they didn’t believe that I was forty at that moment.” Edson, according to The Mirror, explained.

The coach has never had plastic surgery and attributes his fresh appearance to his positive mindset.

He added: “They took my passport and checked it; they were surprised the passport belonged to me and wasn’t a forgery. The police asked me what I did to look so young.” Edson literally has no secrets for his age-defying looks but maintains a healthy lifestyle and does not smoke or consume drugs.

Also, Edson clarifies his appearance is due to trying to lead a healthy lifestyle without smoking or using drugs.

In particular, Edson eats everything in a moderate but prefers healthier foods. His diet consists of a good variety of vegetables, fruits, cereals, whole grains, fish, and all kinds of vegetable protein, if organic, even better. The fitness fanatic does a 40minutes aerobic exercise and 60minutes of exercise with weights.

His 2,000 to 2,500 calories a day diet consists of eating a good variety of vegetables, fruits, and cereals.

To reduce stress and improve the feeling of well-being, he does meditation twice a week. Edson eats between 2000 and 2500 calories per day to maintain his weight. Nonetheless, amid the COVID-19 pandemic in 2020, he assisted thousands of people worldwide with positive news about a healthy lifestyle, staying young, fitness, and motivation to have a happier life.

Three decades ago, Edson developed a complex with how he looked compared to his slim and handsome friends.

He can confidently say his decision and determination paid off!

Among Edson’s numerous health tips had included enjoying life’s pleasures like s*x, travel, and desserts. Similarly, he had urged people to keep their mind, spirit, and body in balance and, importantly, smile and think positively. Doing this, he guaranteed that one’s life would change for the better.

However, Edson has insisted that smiling and thinking positively can change anyone’s life for the better.