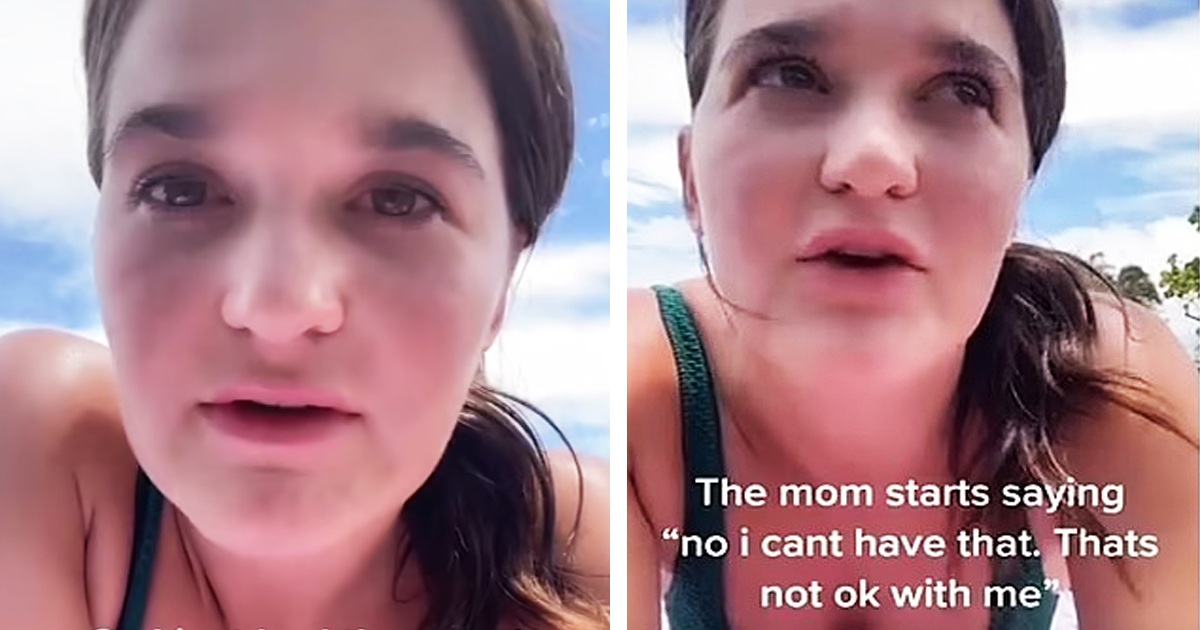 Savannah Sims is an American, but currently, she’s on vacation in Hawaii. While having quite a cruise, Savannah decided to visit the beach but got kicked out. She revealed she was sunbathing on a beach in Hawaii when a family joined her close by, and instantly the mom took an offense.

Savannah Sims was told to leave the beach by a furious mom over an ‘inappropriate’ bikini outfit.

Savannah of Houston, Texas, got confronted by the local mother, who demanded that she leave the beach because she was wearing a bikini. The beachgoer has since dubbed the woman a hypocrite, claiming the woman in question took off her skirt shortly after, only to reveal that she was wearing a straight thong.

Savannah was sunbathing when a family joined her close by, and instantly the mom took an offense.

Savannah’s clip has gone viral and flooded with comments.

🙄 Ik tourists can be a lot when you live in a #hawaii , but keep in mind that the world isn’t yours, it’s to be shared #sharing #fyp #respect #love

“So I just had the worst experience in Hawaii on the Big Island. I lay down at a spot that’s right off the road, and this family gets out of their car and sits down kind of close to me. And the mom starts saying to her boyfriend, ‘no, I can’t have that, and that’s not OK with me.” Savannah explained in a TikTok clip.

Savannah donned a two-piece: a sports bra-style and skimpier bottoms that showed part of her bottom.

At this point, Savannah sat up and realized that the woman had been looking at her. She added: “I look up, and she’s looking at me, so I ask if there’s an issue. She said she doesn’t want to see my butt and lady parts.” Savannah proceeded to show off the bikini she was wearing, averring that its “pretty fricking normal and not particularly skimpy.”

Savannah averred that her ensemble is “pretty fricking normal and not particularly skimpy.”

Savannah filmed the two-piece, which entailed a sports bra-style and skimpier bottoms that showed part of her bottom. Accordingly, she claimed the woman continued on her rant, saying that she “didn’t come to the beach to see her body.” Savannah eventually decided to cover herself up, but the woman demanded that she leave the beach because she was “in the way” of her view.”

According to Savannah, the woman continued her rant, saying that she “didn’t come to the beach to see her body.”

As expected, Savannah’s clip has gone viral and flooded with comments, many of which were posted by Hawaiians apologizing for the woman’s attitude. “As a native Islander from the Big Island. We do not claim her. That is not the Aloha spirit we are raised with.” A Hawaiian wrote. Another added: “Don’t let on bad apple ruin your vision; there’s a lot of Aloha on the islands.”

In her part 2 clip, Savannah revealed the woman in question took off her skirt shortly after, only to reveal she was wearing a straight thong.

In particular, Savannah opined that the woman’s behavior towards her wasn’t entirely based on her choice of swimwear but because she’s a tourist. On the other hand, a few people weren’t supportive of Savannah’s caption that states Hawaiian people need to share the world with tourists. “The caption shows why you need to leave and never go back. Hawaii has had to share since the US forcibly took over in 1959. The ignorance.” One commented.