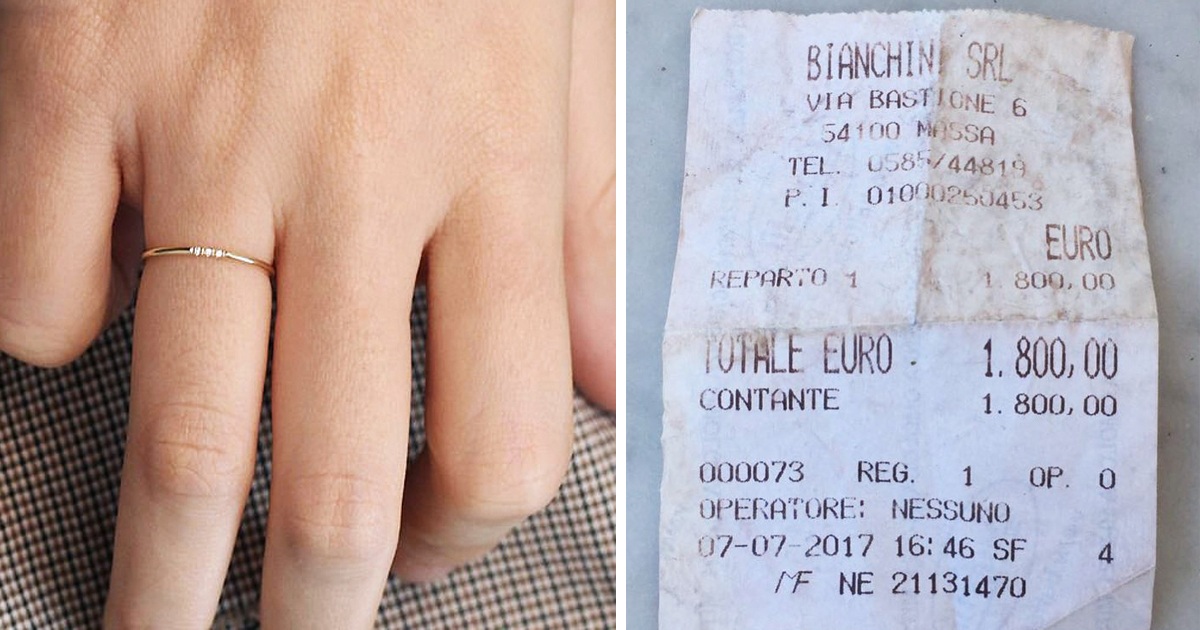 The proposal is always something big women often feel super excited and surprised about. It is the day your man tells you that he wants to spend the rest of his life with you and says, “You’re the one for me.” With that, he pushes a beautiful engagement ring into your hand.

It’s true that love is all that matters, not the size or price of the ring. But at the same time, men know that to show how much they are willing to go to show their love, choosing the right ring is critical. It is something you will wear everyday. Some couples choose to find their favorite ring together to avoid misunderstanding and disappointments.

A woman shares her concerns over her… less-than-satisfactory engagement ring.

She shared her story on Mumsnet: “DP proposed and presented me with the ring he’d chosen – a diamond solitaire in white gold. I was so happy and excited to accept but was disappointed when I first saw the ring. The first word that entered my head was ‘small.’

There’s nothing to dislike about the type of ring per se. Like a diamond, solitaire would have been my choice, but it’s the whole thing — the color of the gold, the setting, the small stone, and relatively chunky shoulders.

His salary is nearing a 6 figure sum and he’s usually very generous. Having seen the receipt I know he paid £1,300 for it – which is a lot less than I would have imagined he would have spent on such a significant piece of jewelry.

He’ll be more disappointed in me for making a fuss over it when, in his eyes, it fits and there’s nothing actually wrong with it, rather than being disappointed that I’m not truly happy with it. Someone at work apparently told him that ‘if she makes it all about the ring, then she’s not the girl for you.’

Ideally, I would have loved for us to have chosen a ring together and made a special day finding one we both liked. As it’s something I’ll be wearing every day and is such a special piece of jewelry, I wanted to really love it and I just don’t. Has anyone else been in this situation? What did you do?”

Now, judging from the way she expresses her opinion, it sounds like she doesn’t really like the look of the ring.

Love is all that matters, but it is honestly easier said than done to appreciate a ring which style you don’t actually like. You are in love with the man and you love the thoughts that go into choosing the ring for you. But it’s just almost like when your mom bought you a dress you don’t actually really like. You love the gesture, but not necessarily the actual gift, or ring.

People shared their thoughts about it. One wrote, “If you’d said you didn’t like the style, I’d have been fairly sympathetic. But if it’s simply not big and flashy enough… it sounds like you’re more interested in showing off the ring than you are in him.”

Another one thought his co-worker’s words were true, “Blimey. I’d have been delighted; talk about being ungrateful, the person at work is 100% right.”

However, there are also people who share the same concerns and wrote, “You will get flamed for this and people will call you grabby but I can see where you are coming from — not the cost per se but the fact u will be wearing it every day and u are not totally in love with it. I can see both viewpoints.”