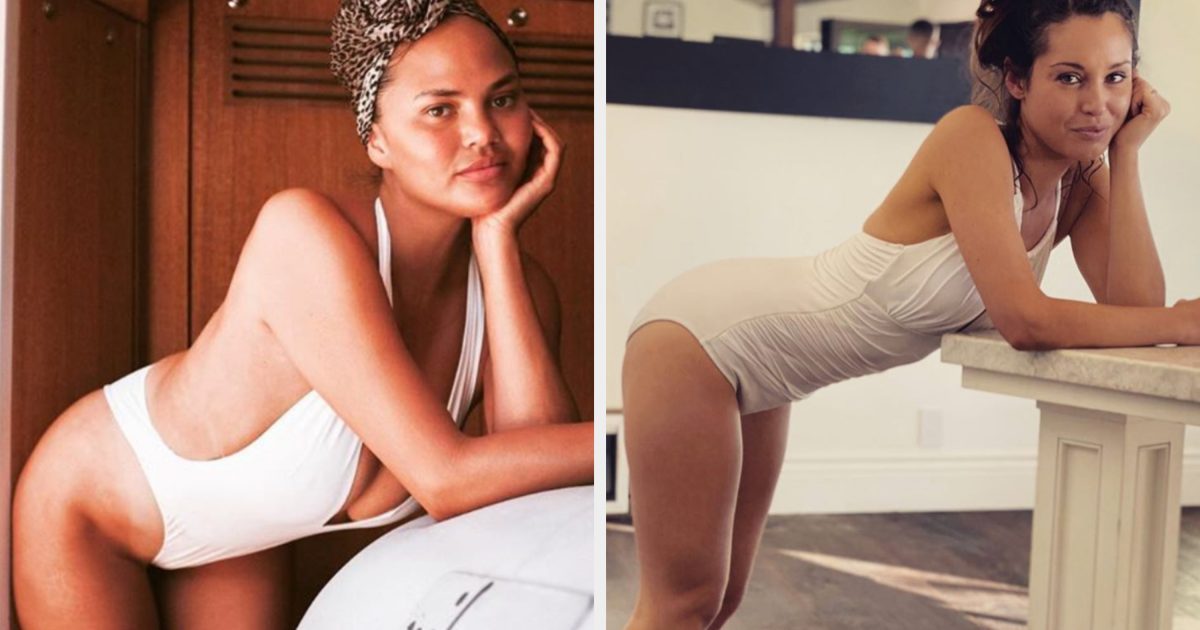 Hello, I’m Krista and I a mom. I tend to get worried about other people’s perceptions of me, most especially on social media. My early days as a mother really have been emotionally hard on me. I got pregnant when I was 19 and I still felt like other people were judging me.

Because of my age, I never felt welcomed by other mums after I had my son. And, while I’ve come a long way since then, I would be lying if I didn’t say I still often place my worth on other people’s opinions.

My best thing about Chrissy Teigen is how she’s unashamedly herself and has remained her true self after becoming both a mom and wife.

Chrissy has always been true to who she really is. She has never put out a fake, unachievable image on social media of being this flawless mother or wife. She always posts the super cute baby updates we all love but she shares stunning, inspiring pictures of herself as a woman as well.

But unfortunately, women who are becoming moms are being criticized very harshly — and for absurd reasons. Chrissy had spoken frankly about how her mothering remarks are impacting her. ‘We don’t only have our own personal opinion and vendetta toward ourselves, but we do have to read and hear other voices online all the time. It’s hard to filter them out.’ Chrissy had said in an interview with Today Show.

In particular, Chrissy has been shamed for going to dinner shortly after the birth of Luna, carrying Luna wrong, going down a slide with Luna wrong, showing a video of her breastfeeding, and ending breastfeeding too soon.

While I have just about 0.000000000001 percent of followers like Chrissy on Instagram, I still relate to the way she feels when it comes to online criticism.

When I have a photo of JUST ME where I’m thinking something in my head like, for instance, on days where I think, “Well, Krista, you’ve brushed your hair, you’ve cleaned up nice today, let’s take a picture and share that shit!”

I was angry at myself for allowing others ‘ views to decide what I want to say often. I’m human and like everyone else, I want to be accepted — especially in the world of “mom.

So I wanted to challenge myself to recreate some of the Instagram images of Chrissy Teigen in hopes of ending the anxiety that I get over what other people think.

The pictures I selected to recreate pushed me outside the comfort zone and are uniquely different from what I typically share.

Throughout the course of a month, I’ve done this experiment and I don’t think I’ve ever had that much anxiety surrounding social media. It made me understand how negative my brain can be when it comes to other people’s opinions — sometimes even utter strangers. I know that my worth isn’t dependent on likes, comments or followers, but I have to note that consciously.

The experiment also reinforced my assumption that after becoming moms, certain people keep females to different expectations.  Some of my female colleagues – who aren’t mothers – have re-created Instagram photos, getting some positive reviews in general. The feedback I got from my images felt less supportive and quite negative, even though I did gain some followers.

In all, my experience wasn’t all fun, but I am excited I did it because I learned a lot about myself. The aim wasn’t to get followers but to truly understand how much power social media had over me.

A big thanks to Chrissy, for showing others how to largely embrace themselves and importantly be proud of their bodies.