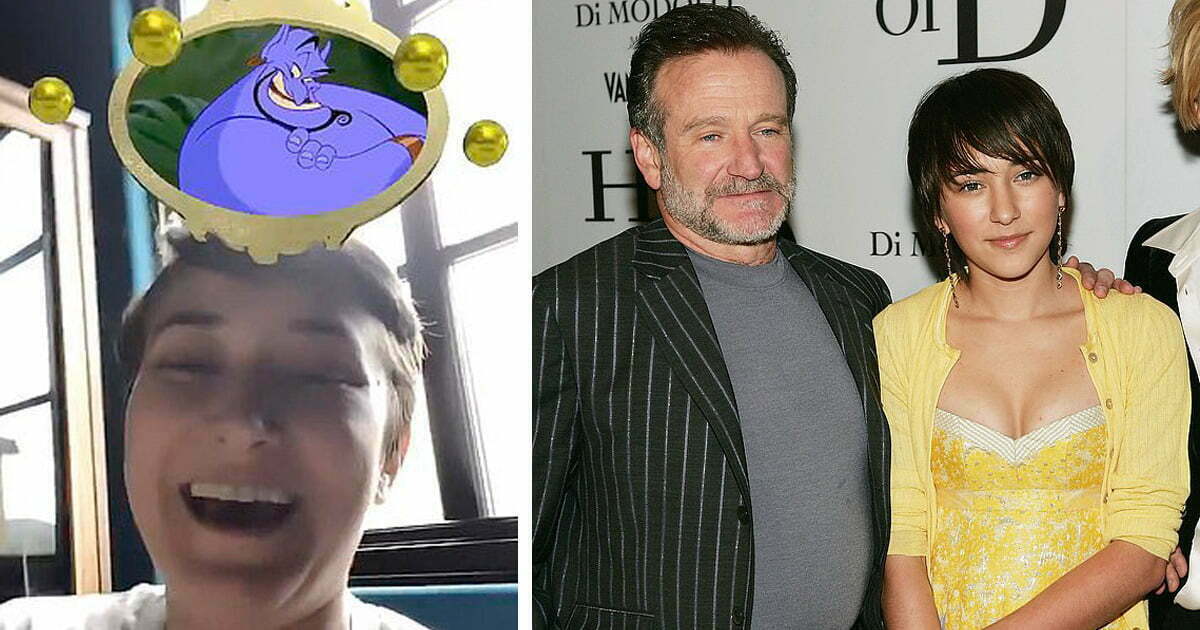 Zelda, Robin Williams’ daughter has tried out the viral ‘Which Disney Character Are You? Filter on Instagram. And surprisingly, the randomized game gave Zelda one of her father’s most loved roles.

Zelda, 30, whose popularly known dad passed away in 2014 shared the footage of herself using the popular filter on Twitter. Zooming through several characters, the artwork landed on her an image of the Genie from 1992’s Aladdin.

The randomized game gave Zelda Williams of her father’s most loved roles: The Genie

While Robin Willaims had voiced the magical Disney Character in 1992’s Aladdin, Zelda certainly didn’t see it coming as she burst out in laughter when the image popped up.

Zooming through several characters, the artwork landed on her an image of the Genie from 1992’s Aladdin

The 5-second footage has, however, garnered over 1.8million views as well as hundreds of comments from fans who loved it.

Another commented: ‘This is awesome. Divine intervention for that for sure.’

A third wrote: ‘This makes my heart jump for joy.’

Popularly known Robin Williams (pictured with Zelda) passed away in 2014

However, the filter Zelda used on Instagram has taken over social media and equally has a similar feature to the one which determines ‘Which Harry Potter Character Are You’

While the official Instagram filters are a bit tricky to find, you’ll first have to log onto the Instagram app on your smart device before visiting a page for Arno Partissimo (@arnopartissimo).

Then you’ll look below users’ bio and see four tabs: One for IGTV,  for posts, for tagged posts and one with a smiley face icon. Pick the smiley face icon and also click on the most recent post, which shows the user with a photo of Olaf above his/her head.

Choose the white tab with a camera icon that reads: ‘Try It’ on the bottom left. Press down the button at the bottom of the screen and begin to record a video. Once it begins recording, use another finger to tap the ‘Which Disney Are You? artwork that will appear above your head.

Finally, release the button to conclude the recording once a filter has landed on your head.