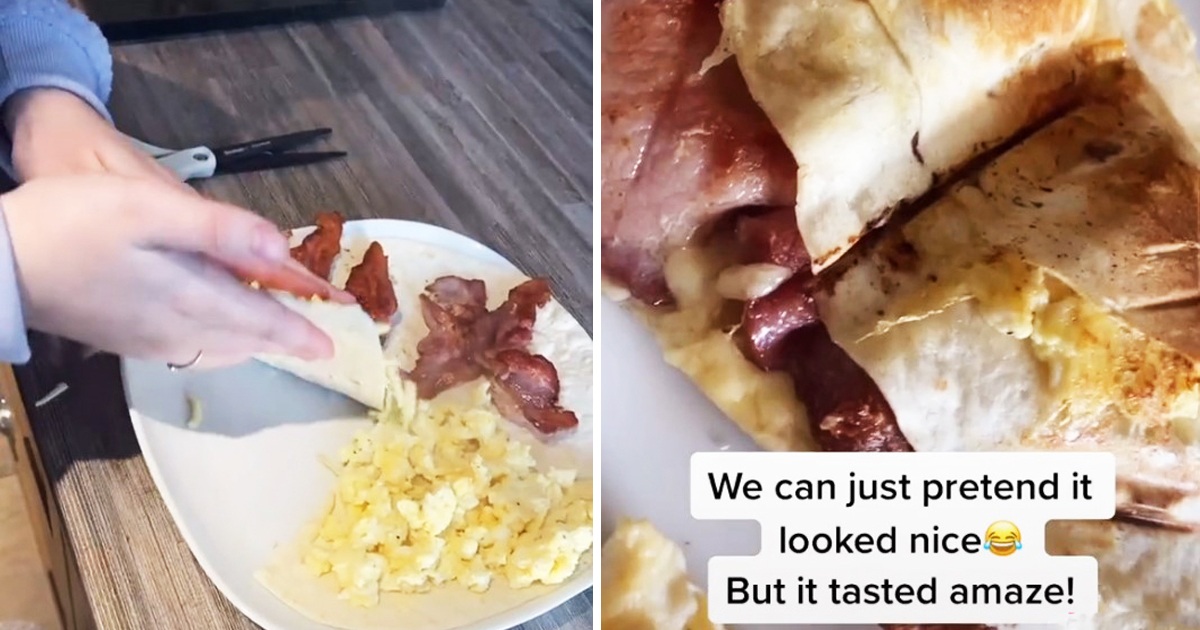 TikTok is where you can find anything from song covers, dances to cooking recipes and hacks. TikTok user @ellcarter1 has gone viral recently with a groundbreaking hack to make a neat wrap. She shows how you can fit in your meat, cheese, corns, whatever you like, into your tortilla in even distribution neatly.

No mess wrap recipe and trick.

First off, begin by splitting the tortilla into four equal sides and lay out your ingredients on the four quadrants.

Then wrap them one by one. Fold to one side…

…then to the next…

Her version includes adding butter to the outer sides before cooking it in a panini press.

It appears that her TikTok video was revolutionary and has been seen 6.3 million times. She also used the same way to make a sweet version with marshmallows, strawberries, and chocolate spread.

Some people tried out her technique!

And we have all our favorite snacks in a single wrap: nuggets, cheese mix and possibly avocado. This video by sarahlujetic has been seen more than 63.5 million times!

This woman attempted her own tortilla breakfast wrap: a hearty filling of healthy things and deliciousness for the family!

We have ham and cheese version here with vegetables and mayonnaise.