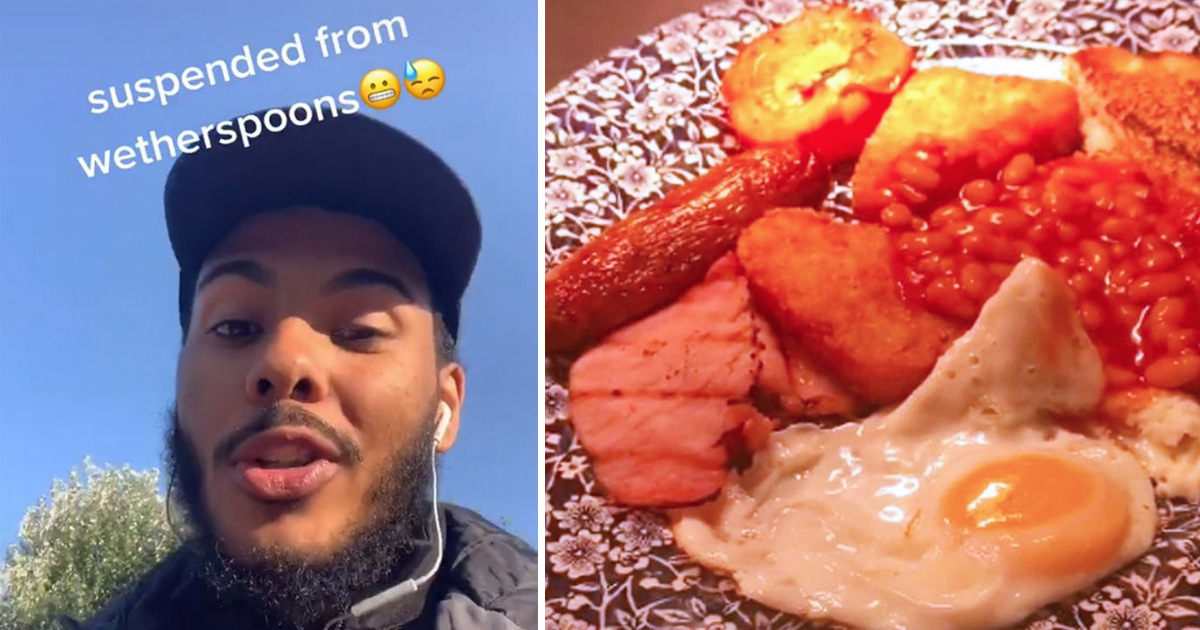 It is pretty weird when you hear a man that busts the myth of how people think Weatherspoons only microwave their food and the same man gets suspended. But every company has policies and most include not sharing kitchen secrets to the public. It gets even worse because a media outlet decided to cherry-pick the videos and gave Weatherspoons a bad name.

His very first video which is making a ‘traditional’ breakfast shows the process completely without the use of microwave.

The chef who goes by the name J Salsa explains step by step how he makes the breakfast while making jokes here and there. Some also pointed out how he grilled the bread instead of using a toaster, only revealing later that theirs broke and new one just came in a few days after the video.

His most viral video is the one where he makes Chicken Korma Curry.

The curry along with the rice both needed to be defrosted and microwaved to be prepared. Meanwhile the poppadoms were prepared earlier by Salsa. He proceeds to also show how the garlic naan is made, which is garlic paste on naan and grilled nicely.

Also, what did anyone expect from a 5-minute curry for 5 pounds?

Hilariously, Salsa showed in the blooper of making this video that he messed up and actually had to make another wrap to finish the video!

Paninnis. No microwave, they are baked in an oven.

While frying the Halloumi, he quickly prepared the plate and sauce, serving the fries fresh from the fryer onto the plate right after.

The teen claims that he was naive and didn’t realize that the videos could cost his job.

Revealing the reason from his side, Salsa wrote it was caused by “an article making the company looked bad”. But filmmaking is his passion and that was why he began making these videos. While he’s sad that he probably won’t be able to go back there since the pubs treated him well, he is excited about what the future has in store for him.

He’s now suspended from his job and is waiting for the disciplinary meeting to decide if he’s going to get fired on not. But Salsa has actually a lot of videos he want to share such as steak and burgers, but those will have to wait.

He also added that his managers were pretty cool about it, they knew why he did it and knew he didn’t mean no harm to the company.

So, Wetherspoons, your food is great. It gets better when we know your kitchen is pretty clean and a lot of things are not actually microwaved.