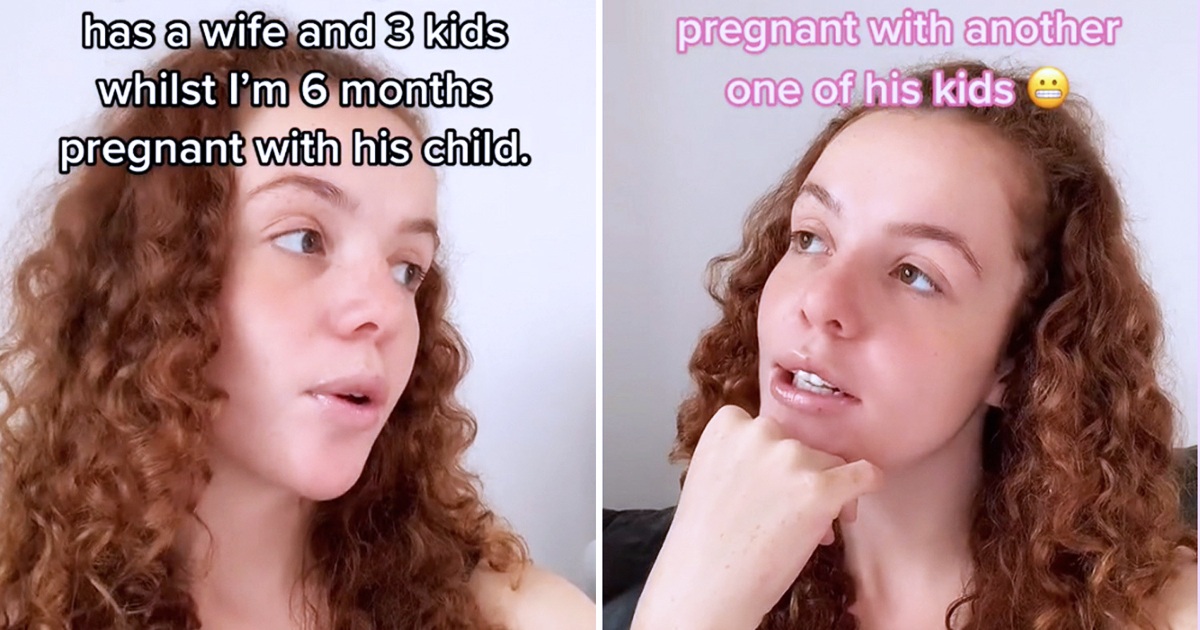 How’d you have reacted if realizing that your long-term BF was married and had kids? Undeniably, it’s a heartbreaking situation, but for this 20-Year-Old, they’re now about to have baby number two and are even happier than ever. As seen, it’s safe to say that the news might have caused some complications, but it didn’t end their affair.

“My 40-Year-Old boyfriend telling me he has a wife and three kids whilst I’m six months pregnant with his child,” the mom, according to The Sun, said in a TikTok clip. She added: “18-Year-Old me forgiving him, now 20, and I’m pregnant with another one of his kids.”

This mom (pictured below) found out her BF had a wife and three kids whilst she was 6 months pregnant.

The clip has since attracted views and hundreds of comments, with TikTokers wanting to know more details about the story. While the mom shares clips about how solid their relationship is, it hasn’t prevented many from having doubts.

One person wrote: “It’s quite sad, your life had barely started. When you are his age, you will realize that he took from you and be bitter.” Another wrote: “You will lose him how you got him.” While a third added: “Looking at the way a man treats his partners in the past is the best way to see how he’ll treat his partners in the future. Good luck.”

The news didn’t end their affair, and YES,  they have a second child on the way.

Well, not all comments turned out negative, as a few claimed her story reminded them of theirs. One person said: “Easy for us all to judge from a distance. Hopefully, you’re right about him, and you guys are very happy. Another said: “This is kinda my story too. I don’t have children, though.” A third added: “Well if you’re happy, there is no problem. Go, girl.”

Taking to the comments, the mom claimed her BF and his wife hadn’t been together for a long time. In fact, they’re not together anymore. “I wouldn’t have got [Sic] with my second child if they were [sic]. That simple,” the woman commented in an attempt to reply to people’s questions and curiosity.