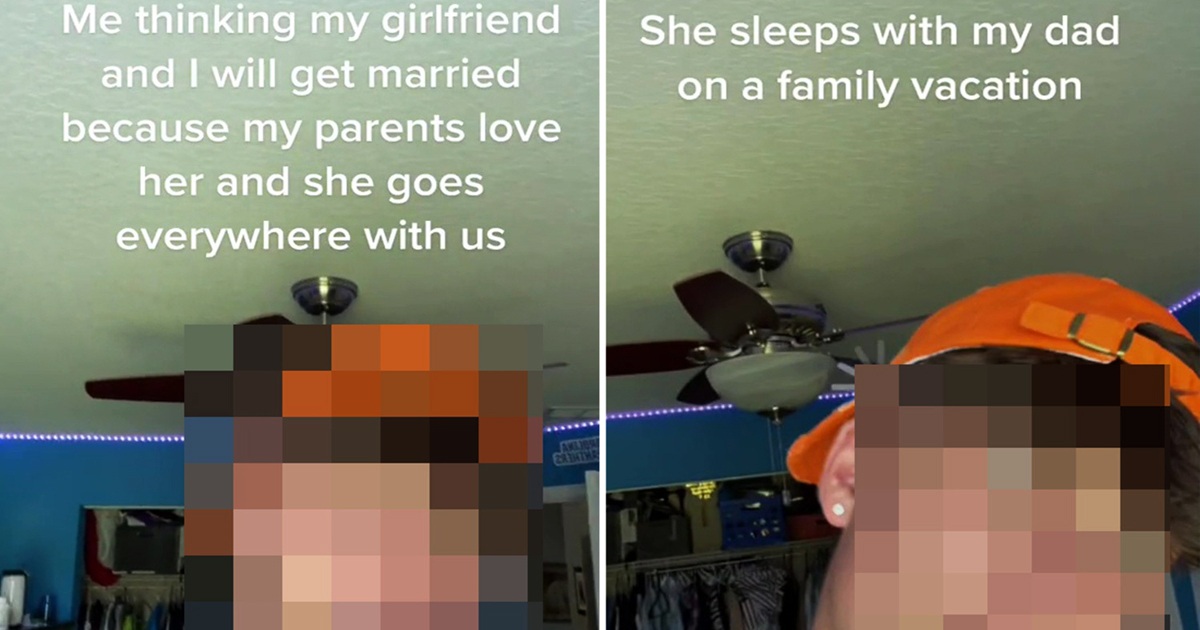 A healthy boundary between oneself and a partner’s family is regularly advised, primarily as your marriage depends on it. Being there for your mother-in-law or father-in-law is a good thing, but it turned out keeping them both at arm’s length is better for your sexual relationship or marriage.

You possibly will agree to the mentioned above after reading through the tale of this man, who claimed his now ex-girlfriend slept with his dad on a family holiday. Adding to the injury, she allegedly ended up getting pregnant. Before the trip, the unidentified man claimed he had believed the GF he had been dating since high school was ‘The One.’

This man had believed his high school GF was ‘The One,’ but then she slept with his dad during a family holiday.

He added: “She sleeps with my dad on a family vacation. Get’s pregnant.” Within minutes of upload, the clip, which racked over 6million views, did leave TikTokers inquisitive of more details. In an updated clip, the man explained how he has managed to forgive his dad, and of course, he’s no longer with his girlfriend.

The TikToker has since forgiven his dad, and he is no longer with his girlfriend.

“I am cool with my dad. It was a long time ago, a couple of years ago. I now see it as sharing as caring. So it is what it is. It’s in the past. We just kind of go through it.” The man explained. So far, a few TikTokers have claimed the story was too gut-wrenching to be true, while some made a joke out of the situation.

One person wrote: “She went from girlfriend to step-mom REAL quick.” Another said: “Congrats on being a big brother1” A third claimed: “I refuse to believe this,” to which a fourth seconded saying: “And if it this, then it’s traumatic.” Someone pointed out that it appears she’s loved a little too much by the parents compared to the BF.