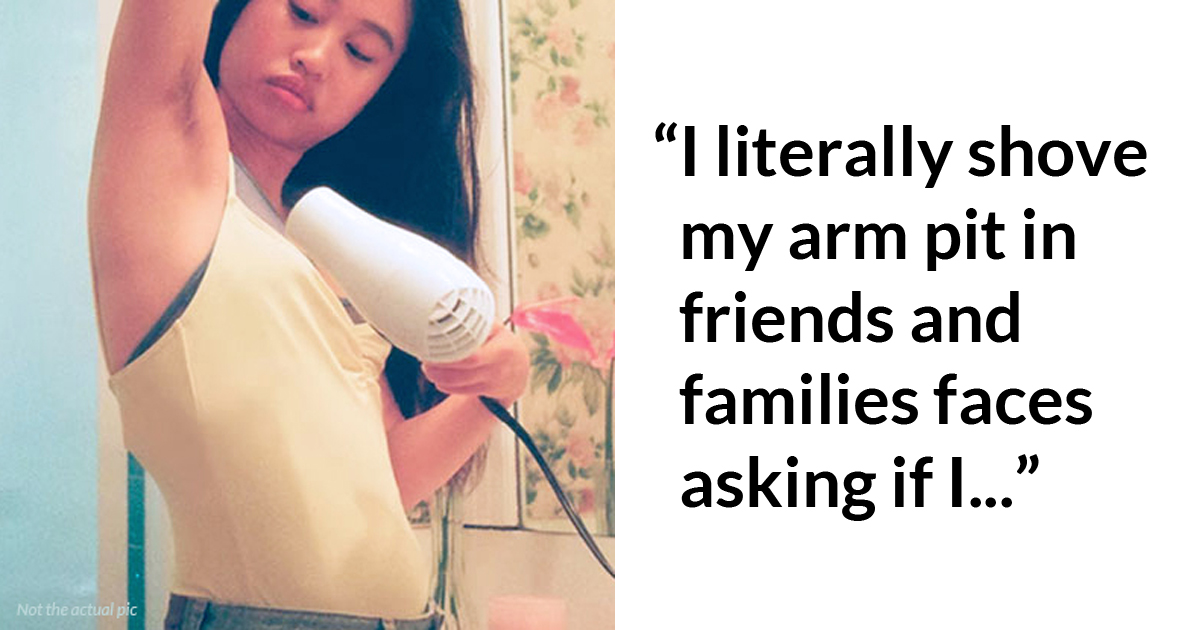 Man Keeps Telling His GF She Stinks Every Day, Found Out His Dad Taught Him This ‘Secret’

Everyone wants to find someone they can share their sadness and happiness with. Love is blind, but what you’re going to read highlight the importance of not letting it cloud your judgment. And that it is always advised to get opinions from a third party on an observer-level who’s not too emotionally attached to your partner.

A woman shares that she’s been told she stinks every day by her boyfriend… but the plot twist revealed later the real reason why he did that.

“Boyfriend won’t stop telling me I have B.O.”

At this point, several people were pointing out that perhaps she has illusionary sensors that made him think he smells something. Or maybe he was just being manipulative to her. One suggested that if that’s what he says every day, regardless of the reason, that means they’re not compatible, and she should break up.

In a shocking twist, she reveals that she decided to confront him about his comments.

He learned how to emotionally abuse and manipulate women into having low self-esteem that makes them less likely to cheat on men. Imagine having to resort to lies and insults just to make yourself feel dominant in a relationship instead of just trying your best to be a good man for them because you’re scared they’ll cheat on you.

One Medical’s M.D., Dr. Navya Mysore, shares that people generally love their partners’ smell, and it’s related to pheromones just like animals use it for mating. It’s also referred to as the “love hormone.”

She explained, “When we recognize the smell of a loved one, this can release oxytocin, which is a hormone and a neurotransmitter that is involved in childbirth and breastfeeding.”

You’re most likely to LOVE your partner’s smell. People are super disgusted with what this man did.