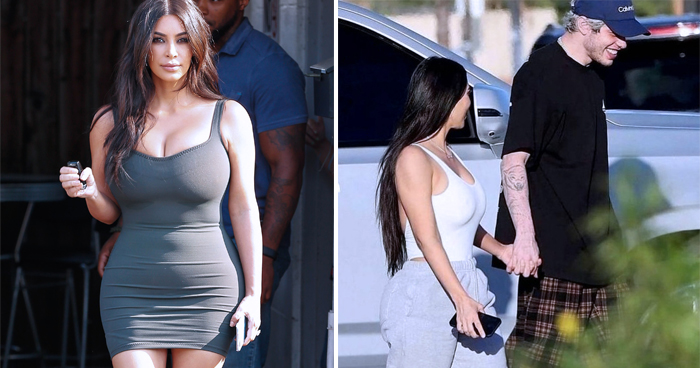 Kim Kardashian And Pete Davidson Are Officially Dating, As She’s ‘Super Into’ Him

No more sitting by the edge of your chair; it’s now official! Pete Davidson and Kim Kardashian are DATING. The two are a couple, and a source had told E! News they are really happy together amid seeing where it goes. The source equally noted that Kim is “smitten” over Pete and “they are doing the distance work and have plans to continue seeing each other.”

Kim Kardashian and Pete Davidson’s rumored romance has blossomed into a real relationship.

It’s learned that the two are “officially” dating now.

“Pete has told her he doesn’t want to see anyone else. She is telling some people they aren’t super serious, but she isn’t seeing anyone else. She’s trying not to make a big deal about it but is super into him.” The source revealed. Before this, the pair had fledged their relationship public after celebrating Pete’s birthday together earlier this week.

A source told E! News that Kim is “smitten” over Pete and “they are making the distance work.”

The source added: “Pete has told her [Kim] he doesn’t want to see anyone else.”

The couple was photographed in Palm Springs, California, exiting a car together before clasping hands. Both dressed casually for the occasion, with Kim wearing a white corset top tucked into grey sweatpants and her estranged husband’s Yeezy sneakers. The SNL star opted for a baseball cap, black T-shirt, and a pair of plaid pajama shorts from the reality star’s forthcoming SKIMS Collection.

This comes after the duo were seen in Palm Springs, California, exiting a car together before clasping hands.

Earlier this week, rapper Flavor Flav had shared a photo of them all hanging out together with Kris Jenner, yet again dressed in the same soon-to-be-released SKIMS collection, to celebrate Davidson’s 28th birthday. However, this isn’t the first time the new couple has been spotted holding hands in public. News of their rumored affair had first broken after picturing them with their fingers entwined while on a ride at Knott’s Scary Farm in Southern California in October.