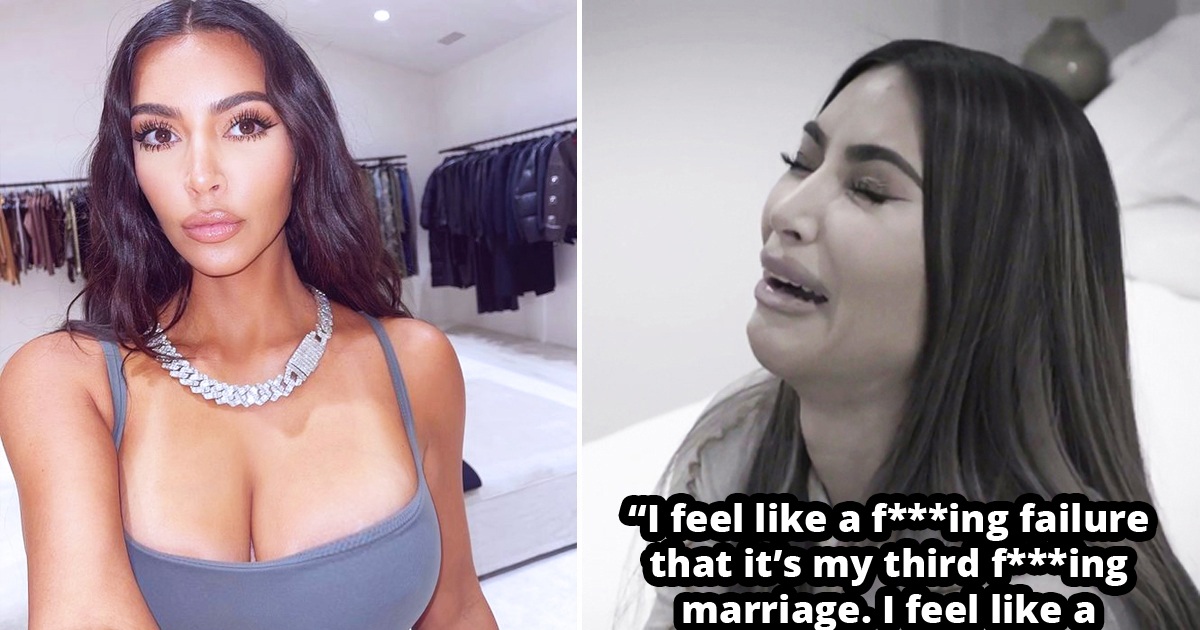 On the latest episode of KUWTK, we get to see Kim sobbing her eyes out as she was approaching the end of her marriage with Kanye West. The family was on their final trip for the show together at a luxurious property near Lake Tahoe.

This became the trip where Kim was trying to get herself together after breaking down in front of her sisters.

Her public confession also broke the silence on their marriage issue for the first time in a while.

When the family arrived, Kim immediately told people that she wanted to “go to her room and never come out.”

Khloé revealed that, as it turned out, Kim fought with Kanye before they went on the trip.

She was struggling with her marriage behind the camera and really needed somewhere to redirect her anguish.

In a flashback sequence, Kim was shown crying her heart out to her to Kourtney, Kylie, and Kendall.

Kim cried, “I honestly can’t do this anymore. I’m still in this place where I’ve been stuck for years. He goes and moves to a different state every year, and I have to be together so I can raise the kids. He’s an amazing dad, and he’s done an amazing job.”

The way she cried so hard really reminded us of this scene when she cried about having “failed” at her marriage to Kris Humphries back in 2011.

Kris Jenner previously mentioned that Kim is pretty particular about her private life. This scene might just be one among many scenes she shot on lamenting and talking about her marriage.

Similarly, she feels the same again this time. She sobbed, “He deserves someone that can go and support his every move, and go and move to Wyoming. I can’t do that. He should have a wife that supports his every move and travels with him, and I can’t.”

From a small reality star, they worked hard together to build Kim’s personality into the giant star she is now.

But as both refused to submit to the other’s demand and schedule as it was clear that Kanye needed to travel a lot while Kim wanted to focus on her growing business in the fashion line, they had to separate.