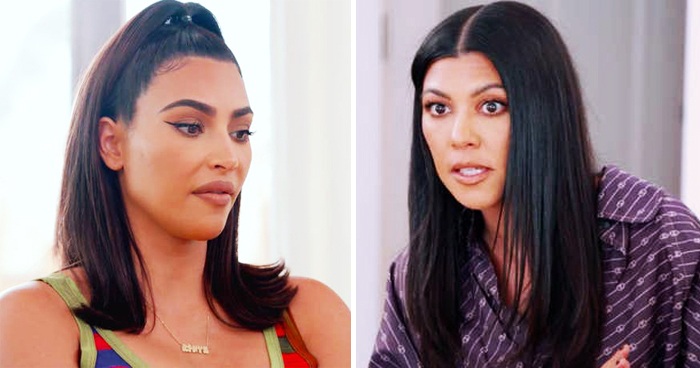 In the 20th and last season of KUWTK, the drama and family feud continues, especially between Kim and Kourtney Kardashian. Ever since 2017, Kim, Kourtney, and Khloé have been locked in an intense back and forth bickering.

On the latest 9th episode, Kim accused her sister of insulting her nanny during their trip to Idaho with the family.

Kourtney had apparently heard from her son who didn’t like how the nanny said it’s illegal to talk in the car.

Kim said that Kourtney had blown up the issue and decided to confront the nanny at the restaurant. But her way of doing it made the nanny feels like she was “degraded” because Kourtney “yelled” at her in public.

The nanny believed she was going to be fired and was sobbing hysterically.

Yet, Kourtney denied all this and that there was no way she’d be yelling at her.

Kourtney shared that Reign, her son, is “big on her confronting people in front of him” and she always makes sure to show him she “has his back.”

But Kourtney had always had a long, black history with nannies. Her daughter scratched one in the face, and she didn’t reprimand her. She also reveled in the fact that she slapped them as a kid.

Kim made a point that she’s planning to keep her staff for a long time before she continues “degrading” them.

And when Kourtney said she’ll “never allow this nanny around her kids again,” Kim made sure to remind her that she had never been able to keep one. She walked out of the room crying after throwing “STFU” to end the conversation.

Kourtney said those were “random lies about her staff” that Kim had said so she could hurt her.

She also said, “Why would you treat your family like that? I can’t be around this constant negative energy.”

She brought it up again when Kim apologized a few days later.

But this is coming for the pair that threw hurtful insults to each other long enough they got into a physical fight in Season 18, so… fingers-crossed the show won’t end with injuries.