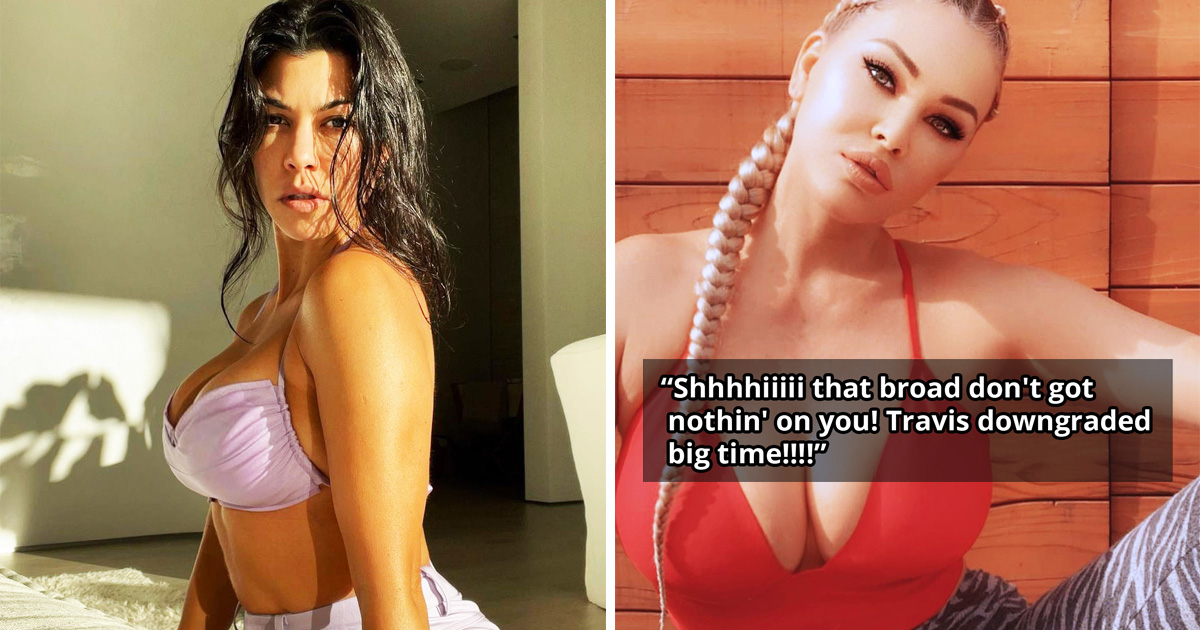 Kourtney Kardashian and Travis Barker officially announced their relationship a little over a week ago. No words needed – a picture of them holding hands was soon reposted by Travis on his Instagram story post.

The two have known each other for more than 15 years, even since Travis was still married.

But news and rumors of the two getting together started spreading earlier in January. The snap of them holding hands was the most solid proof that they are officially announcing their relationship to the world.

The American musician was married to Shanna Moakler from 2004 to 2008.

The two had two children, Landon and Alabama, from the marriage. They are 17 and 15 now. While the couple tried getting back together a year later, things didn’t work out. But it seems that it wasn’t completely over for Shanna, at least judging from the shades she threw on Kourtney.

There are always vile comments, but after Kourtney’s post, a fan of the former Miss USA posted something pretty offensive.

Part of the comments read, “That broad don’t got nothin’ on you! Travis downgraded big time!”

The hate comments are common. But what caught people’s attention was the fact that Shanna liked it.

She didn’t comment it, but she seems to be fully agreeing to it.

Many people were defending against the offensive comment, saying that he’s just pitting women against each other. Another positively reminded, “There’s no need to say that. Everyone is beautiful in their own way.”

The comment was later deleted, but it wasn’t over. Back on Tuesday, Shanna reshared a quote on her story.

The quote reads, “Stop complaining about your life. There are people out there dating your ex.”

Kourtney finds this funny: shading much?

The both never directly mention or insult each other, but everyone knows who they are talking about. There’s only one ex of Shanna who recently went public with his relationship. It wasn’t about to go down peacefully for Kourtney.

She replied with a message that reads, “Stop (social media) stalking your ex.”