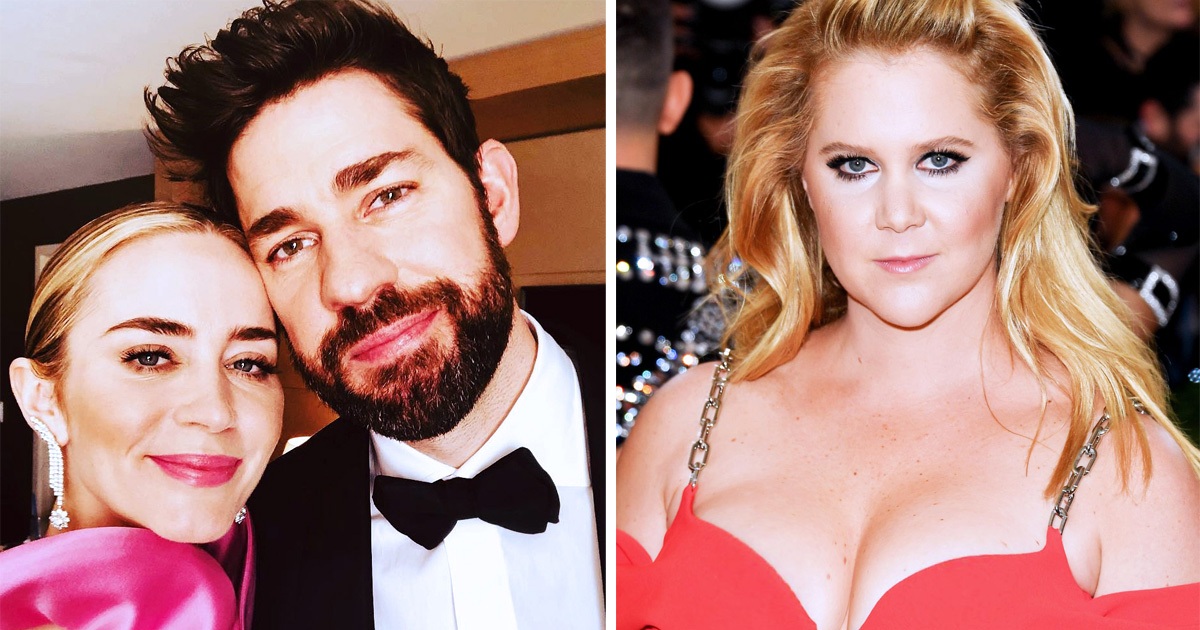 John Krasinki reacted to Amy Schumer’s jokes about his marriage with actress Emily Blunt and “A Quiet Place” co-star being a “publicity” stunt. In a lighthearted tone, Amy Schumer thoroughly loved the sequel to the horror-thriller movie directed by John Krasinki.

The movie that was scheduled for 2020 had been postponed to the end of May and had set a new record for the pandemic-era period.

“Although I’ve said for a long time I think Emily and John have a pretend marriage for publicity,” she wrote in her Instagram post.

But her review was exciting, “I loved every second of ‘A Quiet Place Part II’ even better than the first one, which blew me away. Amazing to be in a movie theater!!”

Emily Blunt is back in the sequel to reprise her role as Evelyn Abbott.

John who directed the movie and acted in the first movie replied to her post!

“Thank you Amy!… for blowing up our whole marriage spot,” he wrote in the reply section. This isn’t the only banter she’s had! Previously, she also called her close friend, Emma Stone, as “a toxic person” while complimenting “@disneycruella is amazing!”

‘A Quiet Place Part II’ is playing in theaters now! Make sure to follow your local area’s protocol if you wish to attend the screening!