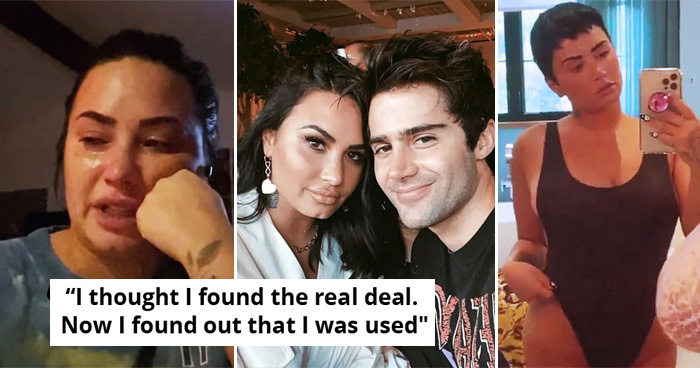 The latest episode of ‘Dancing With The Devil,’ rebirthing, talks about Demi Lovato in the aftermath of her relationship with Max Ehrich. The ‘Stone Cold’ singer was engaged in July 2020 to the actor after four short months of dating.

Elated Demi Lovato shared the news on Instagram: “I’ve never felt so unconditionally loved by someone in my life (other than my parents), flaws and all.”

She couldn’t help but feel on cloud nine after that. She said, “It was a whirlwind ever since.”

But just two months after, she broke the engagement off. She said, “I think I rushed into something that I thought was what I was supposed to do.

The split was surrounded by rumors and whatnot. Max called out to Demi Lovato for seeking clout with the announcement of the breaking off of the engagement. That he knew of them breaking up through the news. Sources were saying, however, that Max had been well-informed before Demi went ahead with the announcement.

Days after, Demi, in full makeup and no longer engaged, said, “Good news is I haven’t picked up any hard drugs or anything like that. I’m hanging in there.”

But life isn’t as beautiful as the getup she put on and the gorgeous makeup she used to cover her face. She uploaded another video later than night, sobbing throughout the time because she’s just heartbroken.

“The video I made earlier wasn’t an accurate representation of what I’m going through,” she began.

“I thought this whole time that I didn’t miss him; I just missed the person that I started quarantining with. I don’t know how to give my heart to someone after this.”

As Demi continued to shoot her documentary, it showed how she’s changed from being engaged to back all on her own. Demi tried to recall what really happened within such a short time.

“I realized as time went on that I didn’t actually know the person that I was engaged to.”

“All the people that were like, “Oh, they rushed into it,” or, you know, “Oh, it’s not going to last.” And then, like, you proved them right,” Demi talked to her best friends.

“We were only together for like four to five months.”

“Honestly, it was false advertising.”

“The hardest part of the break-up was mourning the person that I thought he was,” she continued. “And the life you thought you were gonna have,” her friend chimed in to which she noddingly agreed.

Watch as Demi Lovato gets raw and genuine about her relationship life on the latest episode!