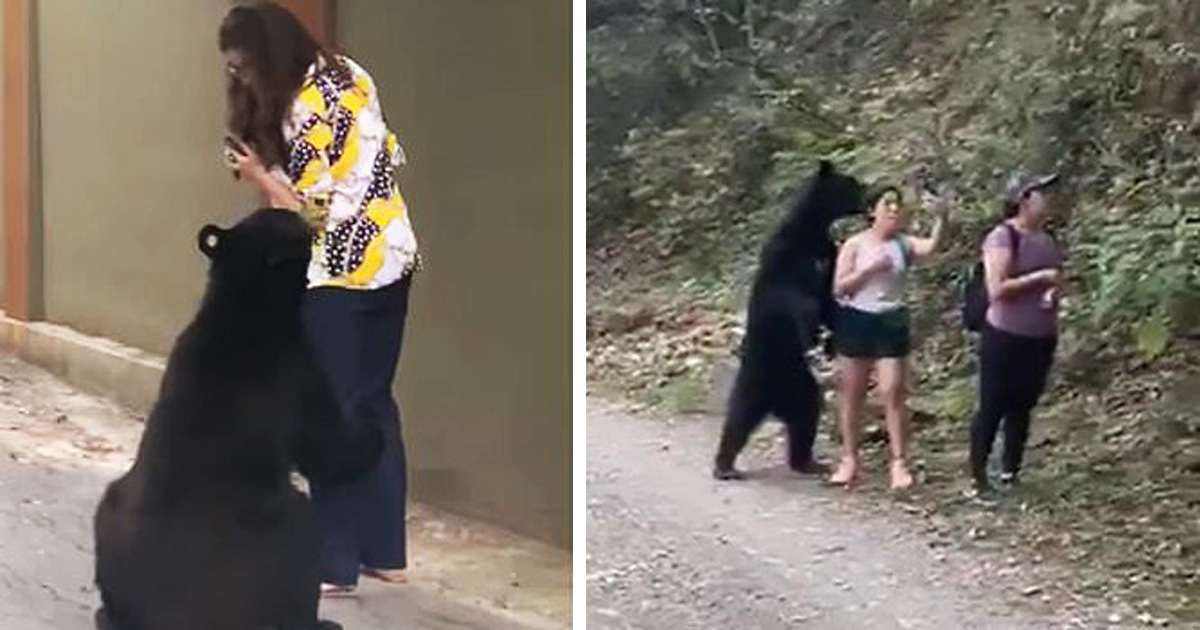 A giant black bear who had encountered a group of female hikers has again been filmed sniffing and trying to hug a woman in a neighboring street.

A woman was seen standing still as the giant bear was spotted hovering around her legs in Nuevo Leon. New clips shared with the internet revealed the incident happened close to the Chipinque Ecological Park in San Pedro Garza Garcia.

In an attempt to move away, the bear followed the woman closely behind and at a point wrapped its arm around her knee. Of which the bear later felt disappointed as the woman declined its play attempt.

Eventually, the bear walked away quietly and there were no record of injuries. Reacting, officials at the Ecological park admitted it’s the same bear that was captured on camera sneaking up with three female hikers earlier.

Viral footage of the group of female hikers encounter had showed the curious animal leaping up onto one of the female’s shoulder. One of the hikers even went on to take a Selfie with the bear in the background, of which a lot of people reacted and dubbed such act as dangerous.

However, black bears are normally shy and known to be very inquisitive. They’re quite bold within the semi-suburban areas as they wander into the streets and paw through trash cans.