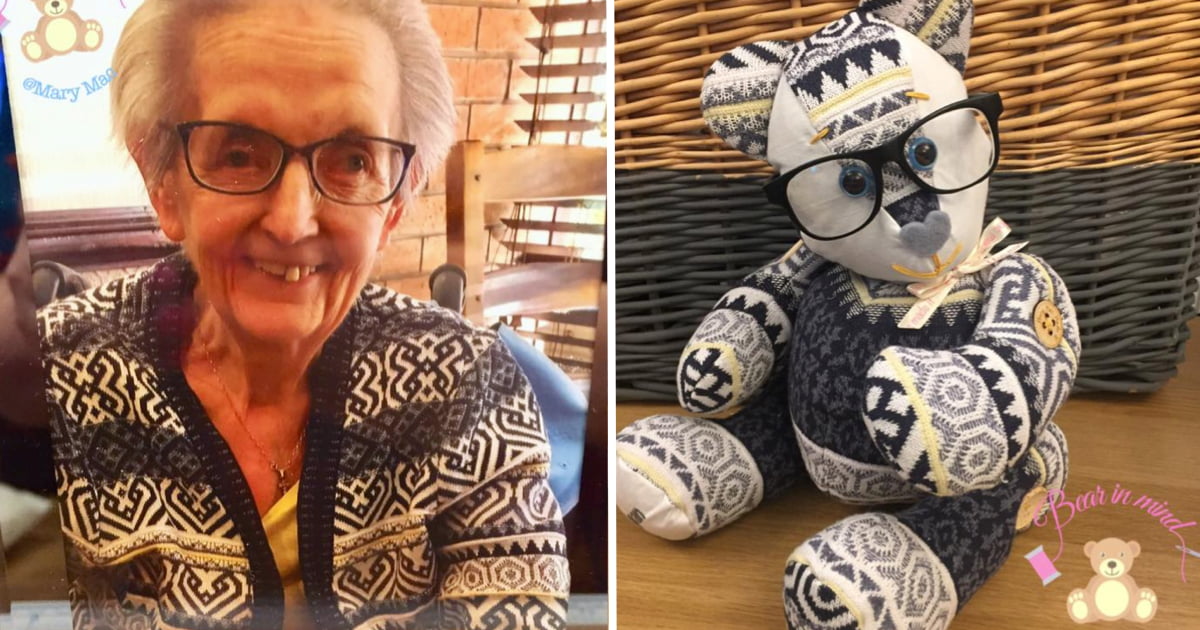 Mary Maclnns convert old clothes of her customer’s loved ones into teddy bears they can forever hold on to. Despite the fact that her creations are primarily made from the preferred clothes of people who have passed away, they can equally add jewelry or ashes.

The memory bears can also be modified with a special pocket in the back where you can hoard letters and other mementos. They also have jointed legs and arms, so they can take different position depending on where you put them. While these bears aren’t seen as toys, they can be given to children as a gift to assist them to cope with the loss of a parent or someone who’s also special.

Just at 21, Mary has already been in business now for almost six years. Her sewing career at first started in the bridal industry, and she studied fashion tech at Heriot-Watt University, and equally gained an award for Young Entrepreneur of the year at 16. She explained that the memory bears were not part of her initial plan.

I made my first memory bear five years ago as a favor to a friend and was always asked to make more, but turned them down simply because I wanted to focus on university and a profession in bridal.

I just decided to give in to request for bears and once I uploaded pictures to my page it just went viral-so currently I’m fully committed to making them.

Each bear takes about five to six hours to be completed, including the design, planning, cutting, sewing, and completion. Mary makes them between two studios – one in her home town of Kilmarnock and one in Galashiels-and currently has a waiting list that stretches way past Christmas.

Aside from physically tiring, making the bears is equally emotionally exhausting for MacInnes. It can be emotionally challenging for some days.

She also added that it can be very difficult particularly when she has the added responsibility of handling ashes or precious jewelry. ‘It’s really a privilege to be asked to create something from people’s personal belongings.’ She admitted.