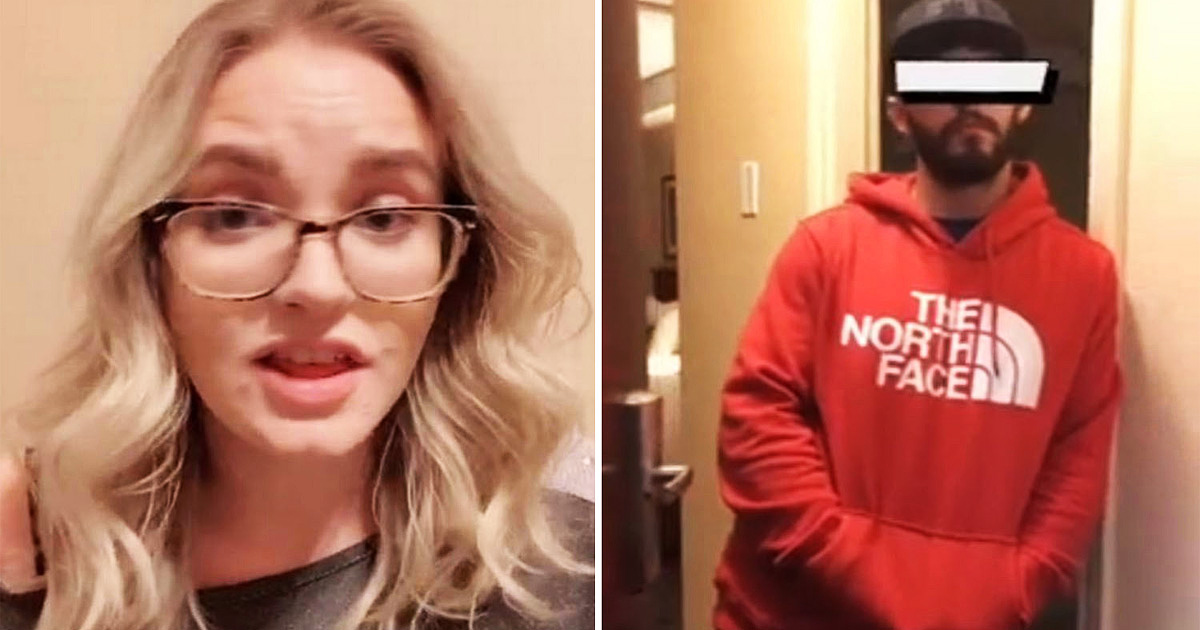 There’s no denying that betrayal in a relationship is painful, but one woman has revealed how she ultimately got revenge on her cheating BF satisfyingly. TikTok user Jade suspected her boyfriend was cheating and plotted a realistic plan to confirm if it was true.

TikTok user Jade Hik suspected that her BF was cheating and plotted a realistic plan to confirm if it was true.

The TikToker had equally found that her BF had been texting his ex but at a point overlooked it. But using her friend, Hayley, as bait, things turned out sour. Hayley severally messaged Jade’s BF, and in turn, he booked a hotel room where he planned to meet with her.

Using her friend, Hayley, as bait, things turned sour, especially as the BF booked up a hotel room for a hookup.

Being all delighted to meet with Hayley, he opened the hotel door room to discover his angered girlfriend and dad by the door. Some pretty stern words were said to him, and the whole incident was filmed before it was shared online.

Catching my cheating boyfriend! PLEASE BLOW THIS UP TO SHOW APPRECIATION FOR MY DAD ##fyp ##foryoupage ##ex ##boyfriend ##cheating

But then, the BF opened the hotel door room to discover his angered girlfriend and dad at the door.

In the clip, Jade’s dad, whose face was covered, greets his daughter’s cheating BF saying: “Hi, I’m Hayley.” Jade added: “And I am your ex-girlfriend.” Her dad continued: “You don’t go back to the house. There is no Hayley; you f***ed up.” The BF could be seen standing in the doorway and doing nothing more than just a simple nod and yep.

The BF could be seen standing in the doorway and doing a simple nod as he wasn’t capable of saying anything.

The clip has since garnered reactions on TikTok and many applauded Jade’s father for helping out. “Your dad is awesome.” One user wrote. Another said: “I wish I had a relationship like that with my dad.” Pointing out how stance Jade’s ex-boyfriend was, a third added: “Look how awkward he looks.” However, another claims: “My dad would beat the s*** out of him. Good on yours for staying so calm.”