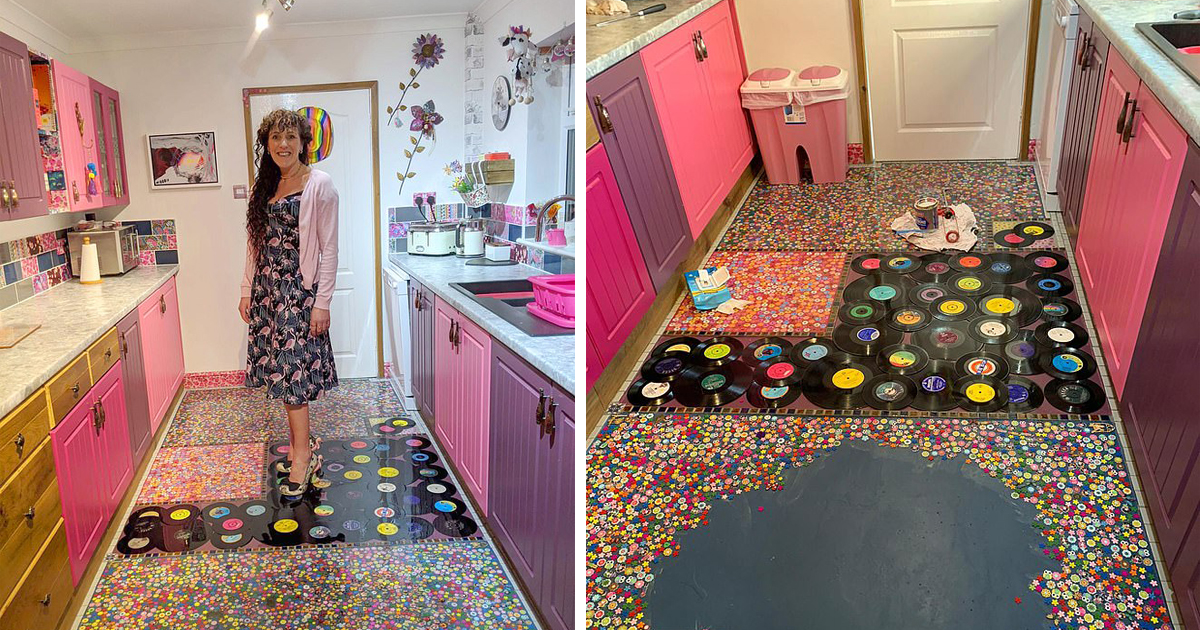 When you marry someone, you promise to be together in times of distress and happiness. That also means you respect each other, including not using vinyl records as floors when your husband is a collector of those.

That was what mother-of-three Sonia Barton did as she’d always wanted her floors to have vinyl records. Until the second she split from her ex whom she claimed to have cheated on her. The 47-year-old mother decided to embark on her dream project to overhaul her kitchen.

She had always wanted to overhaul her home’s kitchen in Belper, Derbyshire. She’s lived there for 13 years and finally began her project in 2018. In search of the most suitable flooring, Sonia found back the chance to include records.

This time, she got to use some that her ex-husband left behind. They included records from Dire Straits, Jets Yazz, Hands Up, Showaddywaddy and Paper Lace. She said, “Some of them are my ex-husband’s. It amuses me, it makes me laugh every time I walk in the kitchen and see them.”

“Each section is bordered by small tiles because I didn’t want to do it all in one go so I could still use my kitchen. I love DIY and I love colour so it just evolved.

“I originally wanted to do records on the floor when I was married but my husband at the time didn’t like the idea so as soon as we split I decided to do it,” she admitted. “It’s been a labour of love for me. I started it over a year ago and spent evenings and weekends working on it.”

“I bought myself a table saw and made the drawers myself from floorboards. I made all the doors and drawers. I love vibrant colors so decided to paint the doors. I spent ages looking at tiles and couldn’t find any that I liked so I brought some plain white tiles. I then decoupaged them and then put resin on them.”

She started her project in October 2018 and spent hours renovating her kitchen on her own.

Sonia’s family and friends were especially surprised and some called crazy. But they were positive with Sonia’s handiwork and low-key sweet revenge.

“Most of my friends have seen it as it’s been coming along. Some people have seen photos of it and have said it’s a bit mad but they’ve said it works when they’ve come in and seen it. It’s bonkers and it reflects me.

“It’s a hard-wearing kitchen so it should last forever. I feel happy just being in it. Stepping inside brings a smile to my face no matter how I’m feeling. It uplifts your soul,” she added.