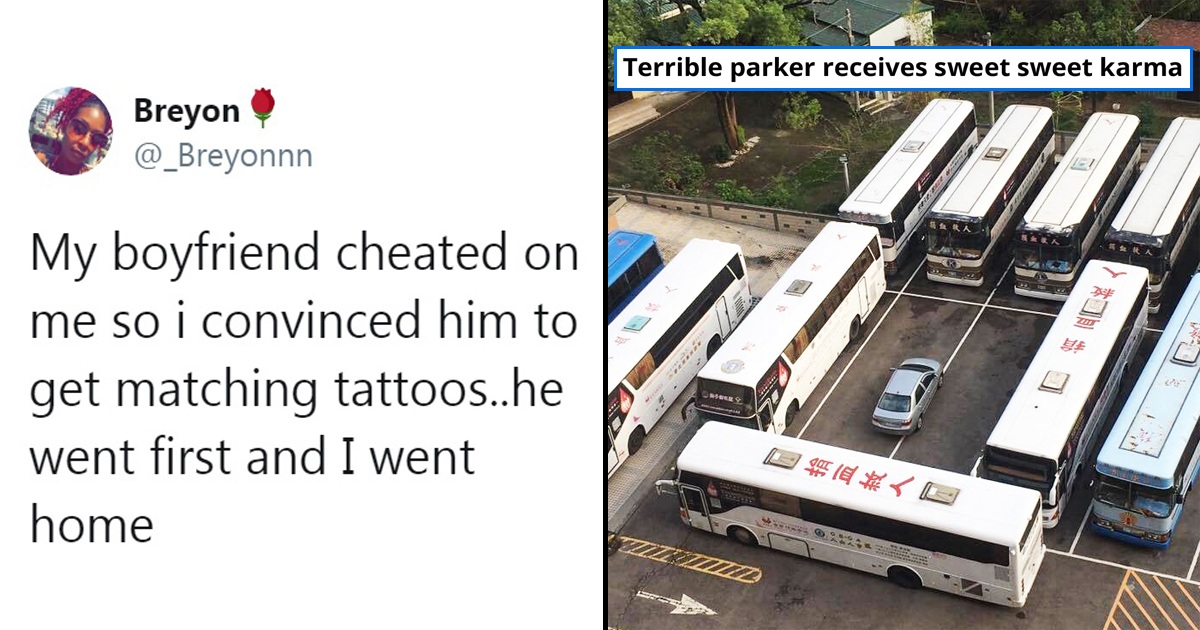 Karma doesn’t always work for us, so what we do is be the karma itself. Revenge at its finest doesn’t always have to go full John Wick mode or ‘an eye for an eye’ type. Petty revenge is often more than enough to get your target to understand that they have been a jerk. You don’t hurt anyone – you just annoy them to no end.

These are 30 of the pettiest but also finest revenge Green Lemon has compiled. Which one was your favorite?

1. Some scammers just really try their luck, don’t they?

2. Somewhere in China, in a mobile blood donation station…

3. Did you not like the braid? What did I do to you, horsey?

5. Homophobic dad got a new sticker on his car after yelling at his daughter and girlfriend.

6. He wasn’t handicapped, so these pranksters left him notes. (Plus, they cleaned up afterward!)

8. One last sweet dinner before the card.

9. Can’t believe you have to wall-sit people for manners, but still satisfying to know.

10. You’ve messed with the wrong person.

11. Girlfriend got asked to get a birthday card for mom. This is so cute, though.

14. The garbage men are not to be messed with.

15. Dumping at the right address.

16. She had a *heart* condition… which is being a petty entitled woman.

18. Don’t mess with doggos! This dog came back with friends after he was kicked by a man on his parking spot.

19. The best revenge is the kind they cannot erase easily.

20. She took the house, so he took over the thermostat.

22. Man being bro, left the note under toilet seat where he’ll see, but she won’t.

23. When you didn’t get the note that you’re on a quiet train car clear enough.

26. Because ‘Pretty Little Liars’ is just too good to pass up!

27. About to murder the world.

28. Lesson: Don’t snoop around people’s privacy. Including your family’s.

29. Better than the leaf blower.

30. Some deafies forgot being deaf does not mean stupid.