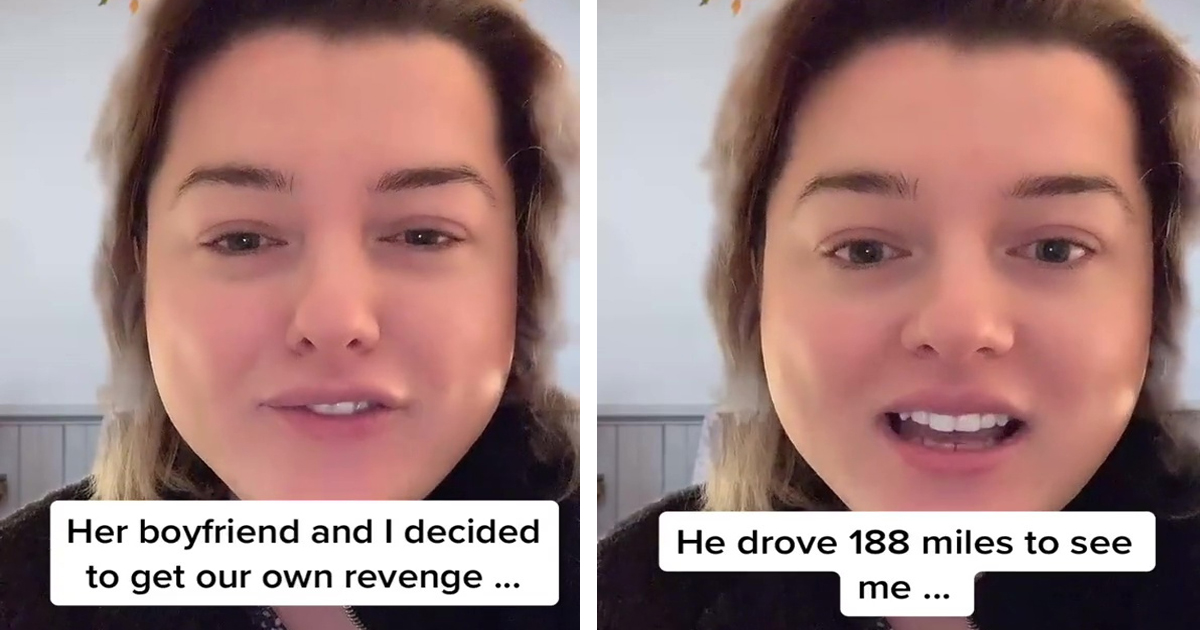 When a breakup ends badly, it’s human nature to want to hurt the person who caused the heartbreak. Getting revenge on an ex-partner is generally considered unnecessary, primarily as its described as lowering oneself to his/her level. But then, some people tend to use to the extent where we’re left with no option but to do an ultimate payback.

Jade Purvis of Scotland was pretty hurt after a girl stole her ex-fiancé. Taking the matter to heart, Purvis got her revenge uniquely by getting married to the man the girl cheated on. In a TikTok clip, she explained how her ex-fiancé, whom she’s been with for 3years, drove 188miles to cheat on her with a woman in a 5-Year relationship.

Jade’s ex-fiancé, whom she’s been with for 3years, drove 188miles to cheat on her with a woman in a 5-Year relationship

Purvis revealed she teamed up with the woman’s BF to get revenge but has ever since been together and are now officially married. ‘Her BF and I decided to get revenge. He drove 188 miles to see me. He’s not left. This was seven years ago, four years married. I think we win.’ Purvis explained alongside a photo of her and her husband kissing on their wedding day.

Taking the matter to heart, Purvis and the woman’s BF teamed up to get revenge

In a second clip, Purvis equally admits she was engaged to her ex even when he had cheated with another woman he met through Facebook. She noted that the mistress had reached out to let her know that she had slept with her then BF.

Officially, the duo have now been married for 4years

However, TikTok users were shocked by the tale but wondered if she was over her ex or still thinking about him 7years later. Some people claimed it was nice that she had found love having gone through a challenging situation. On the other hand, a few pointed out that she might still be bitter about the breakup even though she has been married for 4years.

TikTok users were shocked by the tale, but some wondered if she was over her ex, while a few claimed it was nice she had found love

‘This is my favorite love story.’ A user said, and a second added: ‘Well, they say everything happens for a reason. You two were meant to be together, hope you have many more happy years.’ A third proclaimed: ‘If you still talk about him and that girl you didn’t win. You are over him.’