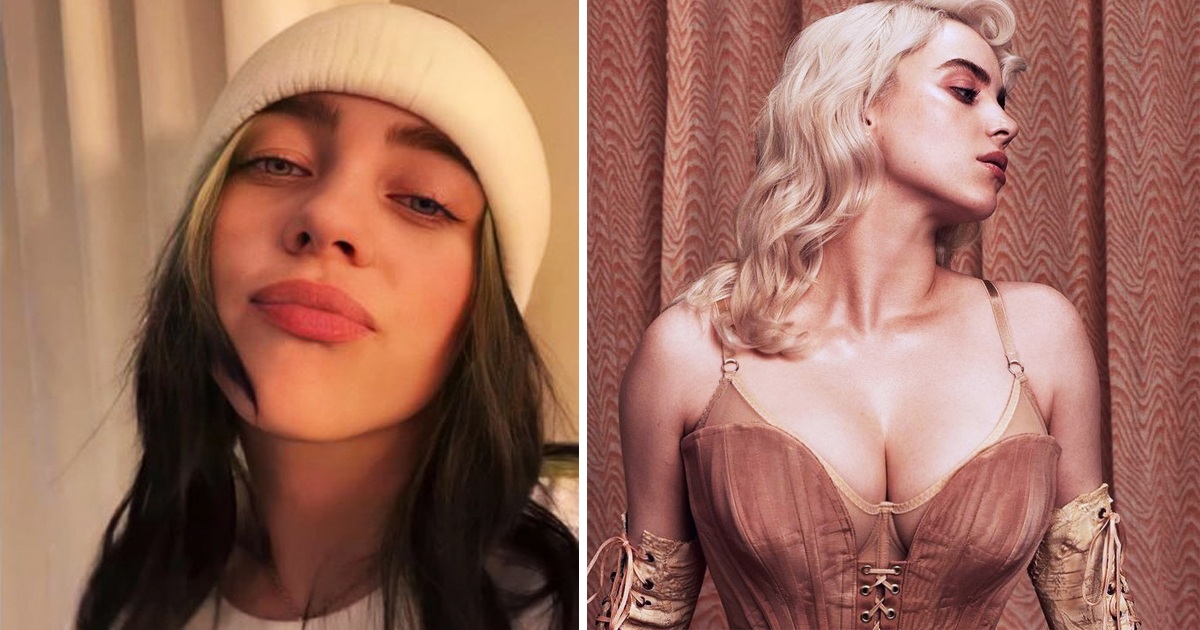 When Billie Eilish revealed her Vogue’s cover picture in a corset with a gorgeous wavy 80s hairstyle, the internet screamed. It wasn’t just gorgeous, but the gap between this mature, confident and sexy theme was so different from the baggy, hip hop style she used to rock.

We can all cheers because Billie Eilish actually requested British Vogue for this theme herself!

The public loves her for being different from celebrities who tend to wear less, but Billie revealed that covering herself was part of her insecurity. She hates having her body judged by people, so she chose never to give them a chance.

“What I like about just dressing like I’m 800 sizes bigger than I am, is it kind of gives nobody the opportunity to judge what your body looks like,” she explained to Vogue Australia. “I don’t want to give anyone the excuse of judging.”

Hence, it was understandable that she felt “very offended” when the viral tank top image got people praising her ragged look.

In the interview with British Vogue, she said, “It made me really offended when people were like, ‘Good for her for feeling comfortable in her bigger skin.’”

Shortly after that viral tank top look, Billie Eilish released a short movie where she questions the labels people put on her body.

In her interview with Vanity Fair, baggy clothes was her defense mechanism against her insecurity.

“If that had happened three years ago, when I was in the midst of my horrible body relationship—or dancing a ton, five years ago, I wasn’t really eating. I was, like, starving myself,” said Billie to Vanity Fair.

“The more the internet and the world care about somebody that’s doing something they’re not used to, they put it on such a high pedestal that then it’s even worse.”

“I thought that I would be the only one dealing with my hatred for my body, but I guess the internet also hates my body. So that’s great.”

Then why corsets? Billie knew that the controversial history of corsets will absolutely bring up negative comments from people towards someone who claimed to feel insecure about her body. But Billie’s reason was simple.

“If I’m honest with you, I hate my stomach, and that’s why.”