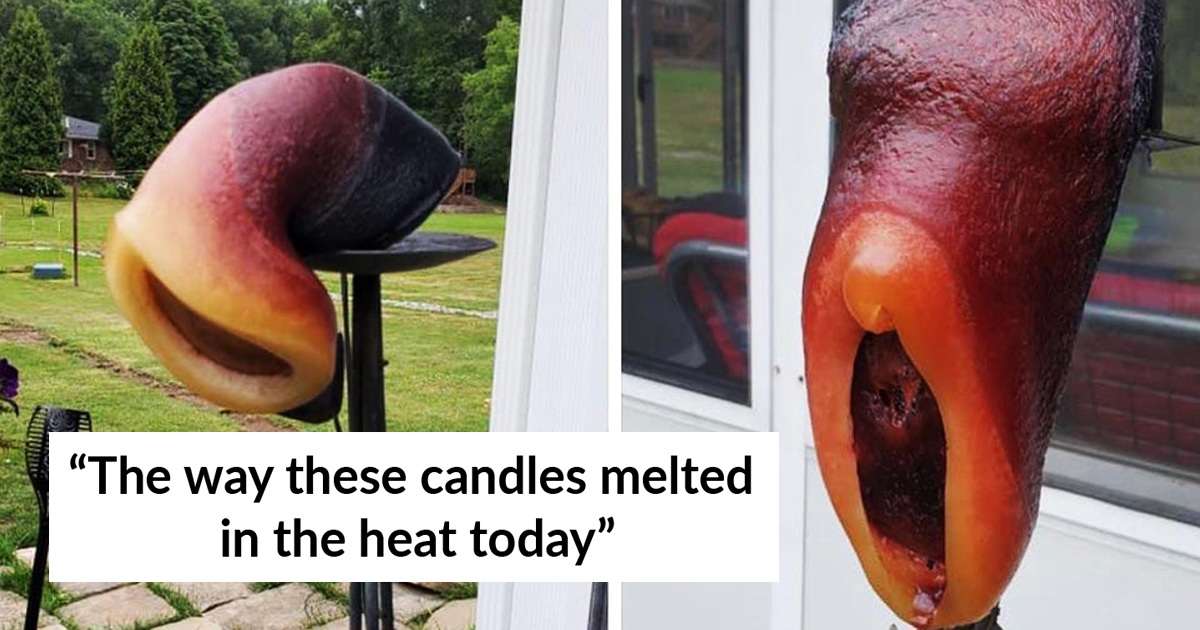 It’s crazy hot right now around Canada and the Pacific Northwest. Summer had just begun, but the heatwave was so unbearable things are literally melting and changing shapes under the sun. In fact, Canada broke the record with Lytton’s peak record temperature at 115.9 degrees Fahrenheit.

But what’s even scarier is that summer had just started – it’s supposed to get hotter by late July!

So many people are already struggling under this heat, and it’s not going to end anytime soon. People are sharing just how crazy hot it is out there from melting stuff to cracking asphalt roads. Also, please stay safe and make sure to bring your pet inside and provide them with refreshments during the heat!

It is really home to some really extreme weather conditions now!

“The way these candles melted in the heat today.”

They are actually setting up a cooling center to fight against the heatwave.

The house is literally melting.

“Fans are bit the only thing Seattle stores have sold out of during the heatwave. Good luck trying to get ice cream.”

All the dips are gone?!

The road expanded and cracked. Be careful, drivers!

“My AC exploded on a recording breaking heat wave in Oregon.”

Craving for some outdoor activities but it’s legit burning out there?

“Try to find shady areas or grass if you need to take your pets out.”

“I kept on hearing strange popping noises. Looked outside and…”

“PSA. If you park under or will be parking under train tracks, tar is melting off of them, and it’s not fun to clean off.”

“Before and after of my hydrangeas in the Portland heatwave. Goodnight, sweet prince.”

“Hey, look! Something smart to do during a heatwave.”

Close it. Close it!

Infrastructure was not made for rarely seen 115 Fahrenheit heat.

It’s too hot for the “freezer” to function properly.

“Multitasking at the IKEA lot.”

“Dad made me a pool to beat the heat!”

“Took advantage of today’s heat to bake cookies in my car.”