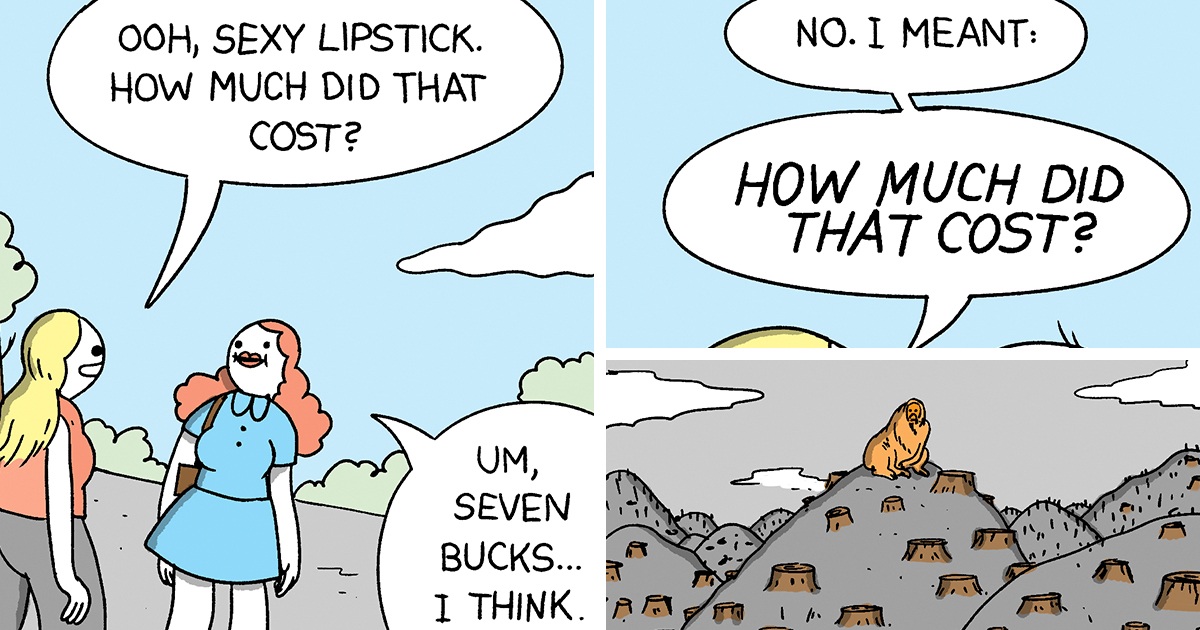 Animals must be protected from unnecessary cruelty. The danger humans pose towards the animals is so severe that some species are at risk of extinction. Several have to be kept in the cavity to ensure their survivability until enough to be released to the wild.

Panda, which was saved from extinction in China, is a successful case that proves yes, humans are capable of more than just destroying a habitat. And with hope, the ‘Rewriting Extinction‘ ambitious project was started by Paul Good Enough and other dedicated individuals who banded together to raise awareness and funding.

“How Much Does That Cost – Makeup” by War and Peas.

The project aims to save species in danger from extinction. Currently, they are on the goal to ‘Purchase and Protect 17 hectares of the Laguna Grande Reserve’ that will become a safe haven for the American (a.k.a West Indian) Manatee.

Along with their project are prominent names in the creative industry, such as Jenny Jinya who is known for her heartbreaking animal comics, and celebrities like Ian McKellen, Dacre Montgomery (‘Stranger Things’), and Cara Delevigne.

“Mama Bear” by Jenny Jinya in.

Gilbert Sape, the Global Head of ‘Rewriting Extinction Campaign from World Animal Protection, shares, “The exploitation of captive bears for their bile is one of the worst examples of animal cruelty in the world today, so we’re thrilled to have worked with Rewriting Extinction on this touching and creative project to raise awareness and support, to help bring it to an end.”

“For 30 years now, World Animal Protection has been campaigning to put an end to the suffering of bears worldwide, and we are committed to continue changing the system, policies, and mindset that allow cruel farming of bears and other wildlife for commercial exploitation.”

Scroll on, and perhaps, these comics might tug on your heartstrings to share with others that there are ways we can protect these beautiful animals from disappearing!

“School’s Out” by War and Peas.

“The Talk” by The Perry Bible Fellowship.

“The Great British Lie” with celebrities.