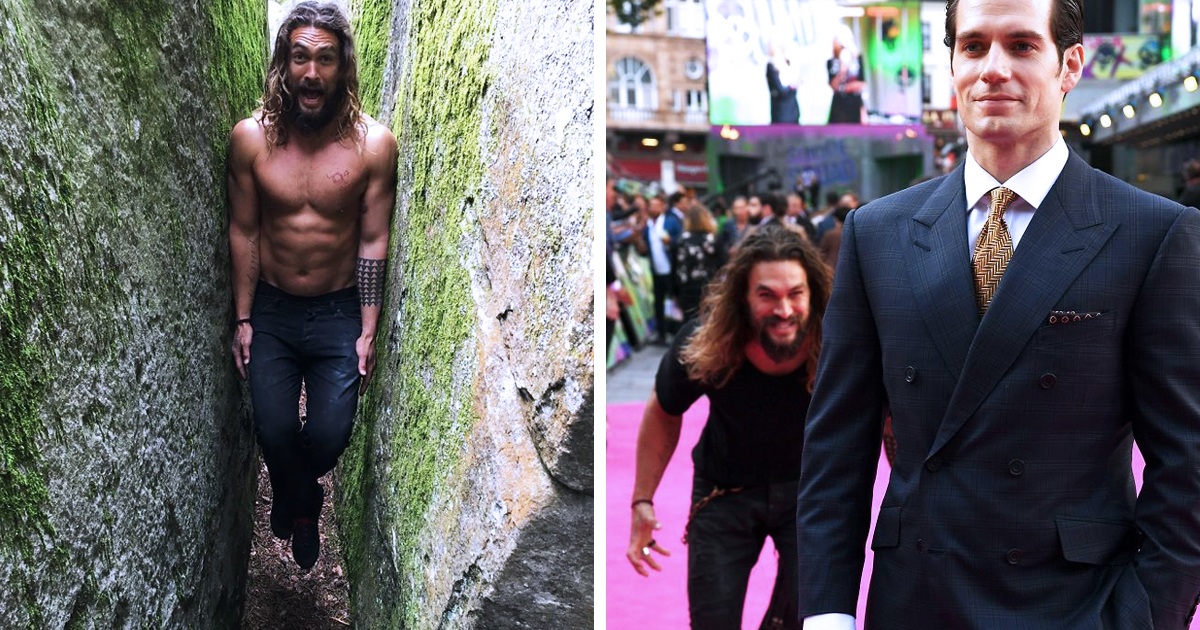 Jason Momoa, the man who cools, slams back to people that shame his dad bod. Seriously, though, he IS a father, and just because he lost a bit of abs will turn him into a lazy and bad man. Jason Momoa is still the same environmentalist who has garnered attention towards animal cruelty. He’s certainly a celebrity from many others.

Recently, he and Dwayne ‘The Rock’ Johnson were on protest for a new giant telescope that will be built on top of Mauna Kea, which is sacred to the locals. While both are never against the advancement of technology and science, they believe this shouldn’t be done at the cost of cultural values.

No more about sad and angering stuff – here are all about Jason Momoa, Khal Drogo, and Aquaman, that shows just how cool of a human being he is.

Jason Momoa is most known for his surfer appearance that first featured in ‘Justice League’.

He may look tough and buffed, but he’s also a man with a big heart!

He has a great sense of humor that makes him so likable!

And he spreads those vibes along with his fans!

Jammed in between walls? No problem! He knows his way out (probably).

Occasionally, we’re reminded at how charismatic this figure is. He would’ve been a true Viking.

But he really can’t stop making fun of things, even himself!

Hi co-stars can definitely attest to that!

Emilia Clarke, his on-screen wife, has also repeatedly shows how much she loves being around her bestie.

And he’s also a hardworker!

He’ll always be there for ‘hugs and kisses’!

Not even the Superman can avoid this real goofy man!

Jason Momoa doesn’t hold back for his fans.

But even amidst his busy life, the husband of Lisa Bonnet is always making time for his family.

As a climbing enthusiast, he lets his kids explore the world as he holds their hands.

And never forgets to spend time for himself and friends!

And learning how steer a boat down a canal.

The beautiful friendship between him and Emilia Clarke is so mutual and dynamic that we can only be jealous of it.

He is also the owner of a beer company, Pride of Gypsies.

He spends a lot of precious times with his children.

He embraces and love the nature. How can a guy get cooler than this?

Couple Astounded To Find Six Lions Lounging Around On Their Patio January 15, 2021

20 Great Danes That Still Think They’re The Lap Puppies They Were January 15, 2021