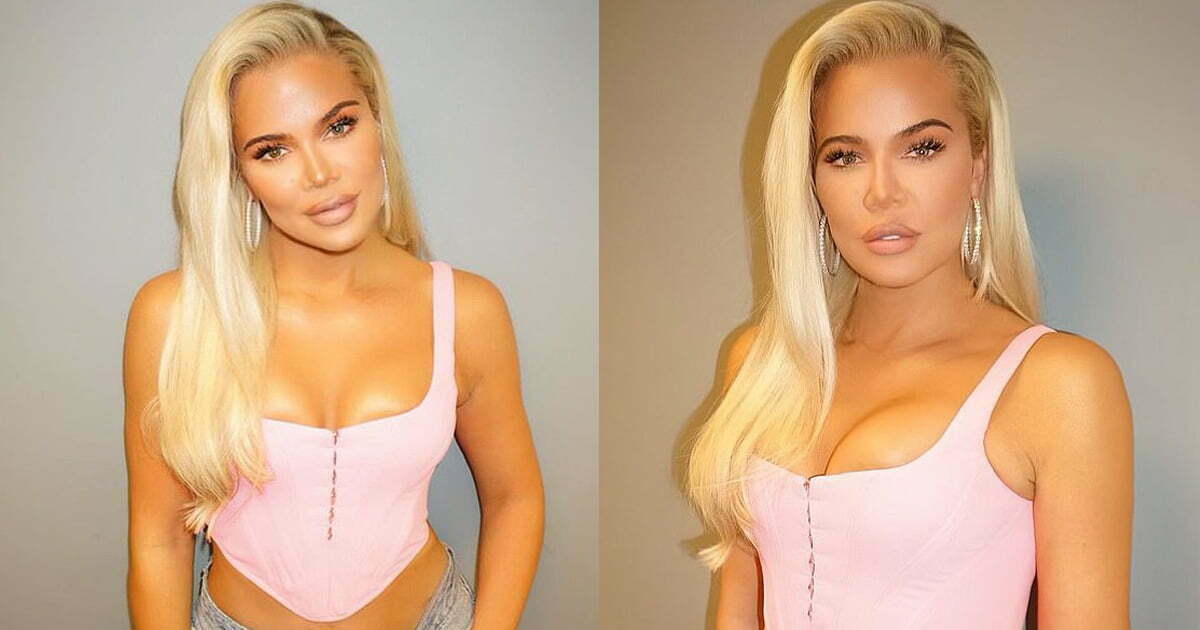 Khloe Kardashian strongly denies any nose job and everything seemed okay for a while. Until the 35-year-old woman posted another set of pictures of her in a sexy pink corset.

But it was shocking because for a brief while some couldn’t recognize that it’s Khloe right there they’re seeing. She had looked ‘unrecognizable’.

And fans are asking her to stop doing more on her face.

“Is that really Khloe? I can’t recognize her,” wrote one fan.

Previously, the sexy ‘Keeping Up With The Kardashians’ star shut down the nose job speculations. She also did a secret daily makeup routine video for Vogue in which she said she a little ‘crazy’ in pictures.

“One of my favourite things is nose contour, but this does stress me out a little bit because… in person, and how cameras reflect and light, everything looks different.”

She added, “So sometimes I will contour my nose and in real life, I think I look so good and then in some photos I look crazy!”

“Kim loves to play this game where she guesses who did my makeup that day. Because everyone has their own technique, and I do know that some people make my face look different.

“I think that’s really cool, I mean it doesn’t offend me, I think it’s just what makeup is supposed to do,” she further added. Despite her denial, she did say that she ‘thinks about it everyday’ and might actually get one anytime these days.