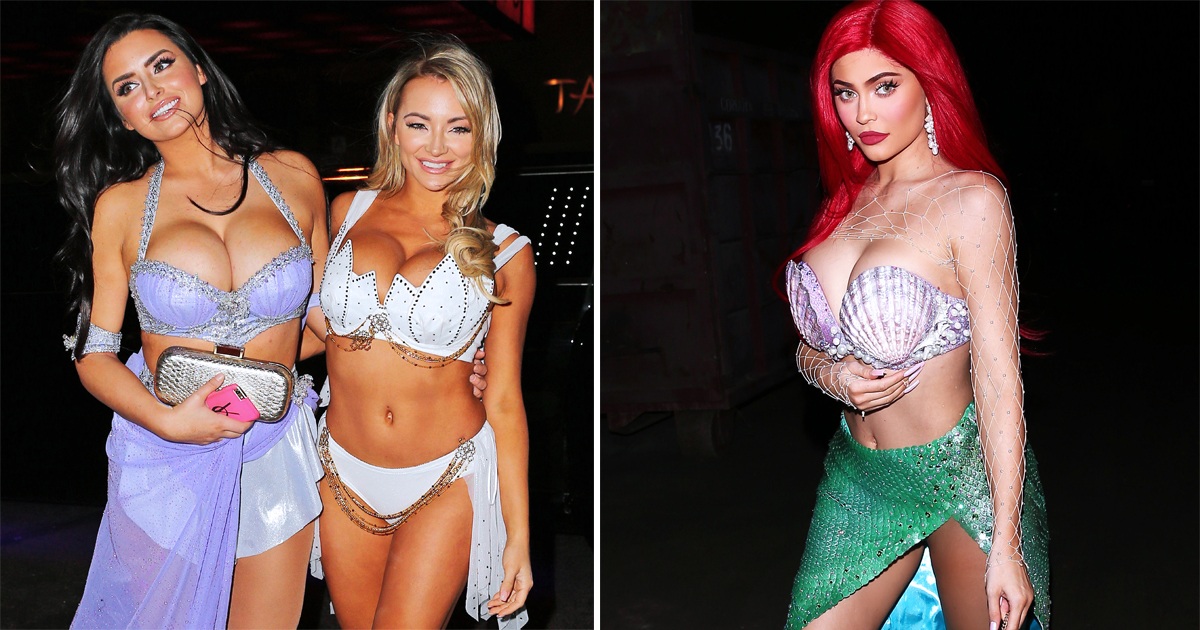 Celebrities love costume parties, especially Halloween. Not just them, we all love it, too, taking the opportunity to be whomever we want to be. These celebrities are particularly known for their sexy streaks of costumes they rocked at the parties! Some can’t even get enough that they’d actually play multiple characters for Halloween!

Scroll on and see for yourself who had the wildest Halloween costume ideas among them all!

Just because we’re in lockdown doesn’t mean we shouldn’t dress up! Cardi B totally went all out with her golden Medusa theme, complete with the snake body and the snake hair ornament.

The ‘Midnight Sun’ actress put a twist on Red Riding Hood and teasingly captioned her post, “Grandma doesn’t approve of my outfit.”

Princess? No, no… more like a QUEEN! Kylie Jenner is always all-out with her sexy rendition of cosplay characters. This very grown-up Ariel is from her 2019 costume.

Paris Hilton turned heads when she attended the 2019 Casamigos Halloween Party in this lavender leotard with black lace details and strappy heels.

She was the Queen of Hearts, and people could never say no to her for that one day. She goes underwear-free in a very racy double thigh-split gown as a fanged star transformed into a Halloween vampire in 2019.

Fitness model Katya was the policewoman everyone wants to be arrested by on Halloween.

Model and actress Kate Upton have such a beautiful figure; she decided to add some bones for that extra scary effect on her slim body.

When you hold a Halloween party on the beach… fitness lover Jennifer Nicole Lee sees that as an opportunity!

She looked graceful in her sparkly mermaid-themed bikini with a high slit for Halloween.

She decided to be a wild cat for Halloween night after winning a Grammy. Too sexy to ever be turned around in any party, really.

Catwoman is one of the most popular characters people love to do on Halloween. And here’s one Nicole did!

She was totally into her princess role as she came in a Princess tutu and donned a tiara on her head. Dorothy Wang looked like a real princess!

Two sexy ladies walked in a party that night, looking all sexy as genies in the room. It’s not exaggerating to say models Abigail Ratchford and Lindsey Pelas bedazzled people with their costumes.

She is no stranger to daring outfits. Halloween is just another even when Nicki Minaj shows off her petite figure, this time, as a fairy in white.

The supermodel flaunts her perfect figure in this tribal vibe two-piece, complete with a snake twirling around her neck.

Lottie Moss kept her Halloween night simple. Still with the sexy energy were the super short pants she wore with her oversized top with skeleton hands groping details.

She decided to cosplay as her own role from ‘Baywatch,’ Lani McKenzie, complete with the jacket.

If there are two names you never want to miss out for amazing Halloween costumes, it’d be these two people. Jessica Rabbit and Sandy seemed to materialize before us!