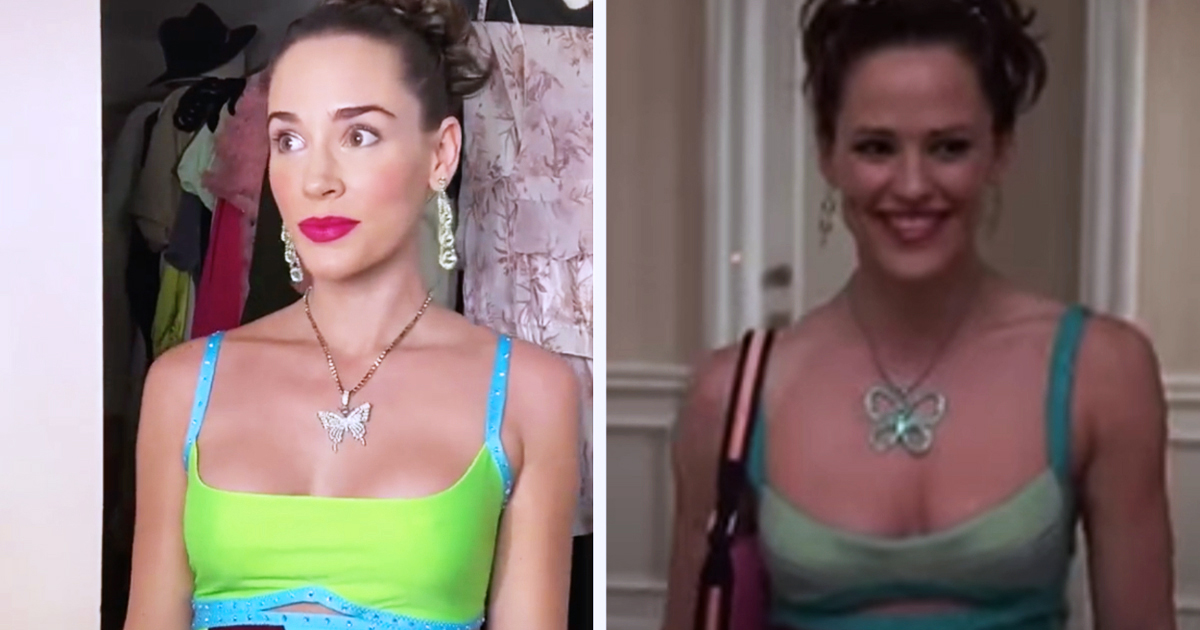 Christa B. Allen Dressed Up As Adult Jenna From ’13 Going On 30′ For Halloween

By the end of this, we probably have to remind you that Jennifer Garner and Christa B. Allen are not twins or anything.

From ’13 Going On 30′, Young Jenna was acted out by Christa B. Allen, whom many thought to be a perfect cast for the role. The actress is trendy for regularly posting content on the iconic movie on TikTok. Of course, for Halloween, she had to portray her most favorite movie ever!

She also went viral previously thanks to her perfect recreation of Young Jenna’s outfit from the ’80s!

She is also an amusing human being, with many of her TikTok videos contain her goofing around and playing with fashion for various movies. But her latest got 17.8m views on TikTok because people absolutely think that was adult Jenna on her video. Double takes were necessary to confirm that it is indeed Christa in her Halloween costume.

There are actually people saying she is not Jen or how Jennifer Garter was Jen. But don’t these people know that Christa played young Jenna and even when she was 30, she was STILL the young Jenna? Her reply TikTok was perfect, though.

Honestly, Christa nailed her acting and role to the point that people would mix her up with Jennifer Garner now. Nobody could have ever known that the 28-year-old actress would grow up into such a beautiful lady who loves her role with her whole heart.

She’s really nailing them all!

She even nailed the same light blue and neon green dress that Jenna wore in the 2004 movie down to the accessories. Watching her do all these really brings back memories… all these nostalgic feelings just washing on us. Jenna has really grown up now.

She did not forget to dance the ‘Thriller’ song.

Don’t worry honey, you’re not a terrible dancer and as long as it was fun!