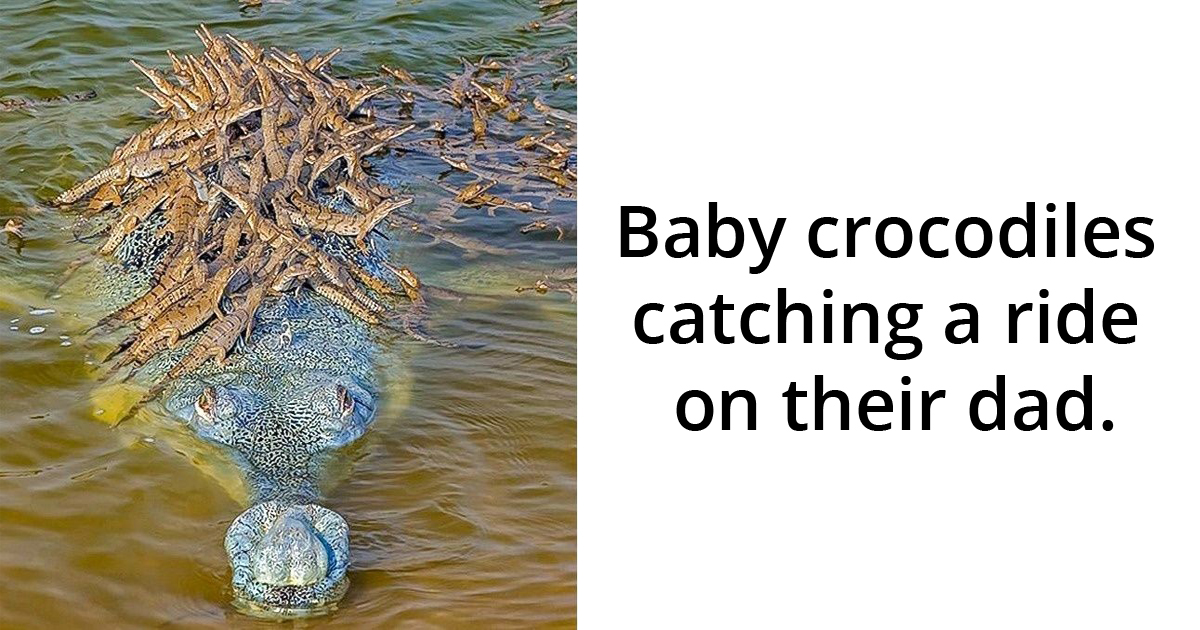 We live in a bizarre and changing world today. Thanks to the internet, let’s say that every day, we learn something new. Now, most of you who may have spent a few decades on earth think that nothing can surprise you anymore. But is that really the case?

The earth is more than just what the TV is showing. There are so many places on earth alone that we have not fully explored. So many creatures we have yet to learn and understand. Heck, we have not even learned everything there is about ourselves, humans!

Fell and hurt his tail. So he snacked on it.

Millions of red crabs move across the Christmas Island for breeding. They even have their own bridge!

Our world is full of wonders and beautiful creatures. We have successfully identified 1.2 million species in the world, formally describing them. The majority of species that we’ve found live on land. However, this number only represents a small percentage of the world’s species: a staggering number of 8.7 million, BBC reported.

A lioness nursing a leopard cub spotted in Tanzania.

“Fire ants create a floating island of themselves to ride out the Houston flooding.”

“It’s actually lots of young crocs catching a ride on their dad.”

Finding a new species is really easy in tropical rainforests with the number of bugs that exist there. You can also pull up a trawl, and there’s a very high chance that you hooked up a deep-sea species. The majority of undiscovered species are either really small or live in locations hard to reach, such as the deep seas.

“I found this cool spiral tree trunk on a walk today. Southwestern, Ontario.”

“Lions taking over the road during the Covid lockdown in South Africa.”

“Octopus with a disorder that gave it 96 arms.”

But it’s possible that we might not ever see these creatures at the rate of the pollution we’re causing. Just earlier this month, mass death of sea life off the Pacific shoreline of the remote Kamchatka Peninsula was detected. Dead seals and urchins washed up the shore while surfers experience stinging eyes. Divers confirmed that 95% of those that live between 5 to 10 meters (16 to 33 feet) are dead. The cause may have been due to oil leakage and unowned underground chemical storage that leaked.

The power of nature, when you leave it alone long enough, it’ll eat anything.

“This bug mimics leaf with veins, spots and bite marks.”

Let’s care for our world and its nature so the future generation may grow up surrounded by the same wonders we admire today.