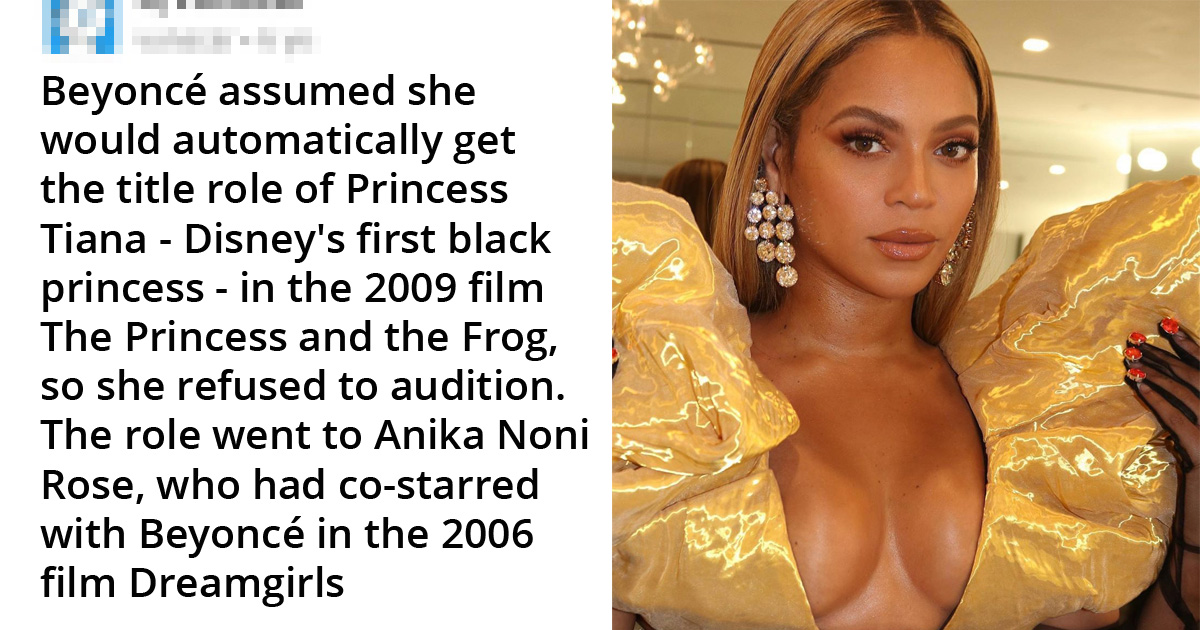 The subreddit TIL stands for ‘Today I learned’. This sub is filled with people who share the most interesting facts they have learned recently. It is where curious minds brew together, a perfect place for the ones thirsting for knowledge to come to during this time of quarantine.

Here are the 30 most popular TIL posts from the subreddit. Perhaps, you’ll learn something new from this list today as well?

TIL that Beyoncé assumed she would automatically get the title role of Princess Tiana – Disney’s first black princess – in the 2009 film The Princess and the Frog, so she refused to audition. The role went to Anika Noni Rose, who had co-starred with Beyoncé in the 2006 film Dreamgirls

J.R.R Tolkien was rejected for a Nobel Prize, in 1961, for poor storytelling.

In 1964, Bell Labs built a large space antenna. Upon testing, two of their scientists encountered ‘interference’, which could not be isolated. After multiple attempts to fix the bug, they determined the “noise” was in fact, a remnant ‘hum’ from the Big Bang. They went on to win The Nobel Prize.

In Japan, if a working day falls between two public holidays, that working day becomes an additional holiday by law, also known as a “Citizen’s Holiday”.

Michelin Man is white is because rubber tires are naturally white until 1912. Companies started mixing carbon chemicals with the rubber to make black tires.

British Engineer John Burland managed to reverse the tilt and saved “The Leaning ower Of Pisa” but only by 10% out of fear that turning it into the “Tower of Pisa” would anger a lot of people.

Italian city of Naples is entering pet dogs’ DNA into a city-wide registry. Samples from piles of poo left on the street will then be entered into the database and be used to identify the irresponsible owner behind the mess. The city will fine culprits around $685.

Einstein once gave a note in lieu of a tip to a Japanese courier that said, “A quiet and modest life brings more joy than a pursuit of success bound with constant unrest”. It sold in 2017 for $1.56m.

Spiral staircases were installed in fire stations in the 1800s to stop the horses that pulled the engines going up the stairs when they smelled food cooking.

A camera operator yanked a cord, setting off an alarm, Stephen Hawking slumped forward and they thought they’d killed him. It was a joke, the alarm was from the computer losing power.

Union troops tried retrieving Col. Shaw’s body in a mass grave buried by Confederates as an insult for leading black soldiers. But his father wrote, “We would not have his body removed from where it lies surrounded by his brave and devoted soldiers.”

A slave with death sentence from treason during American Revolution argued that he’s not a citizen for being a slave and couldn’t commit treason as he owes no allegiance. He was pardoned.

This man refused to leave a segregated library in South Caroline in 1959 as a 9-year-old. He later earned his PhD title in Physics from MIT and was one of space shuttle Challenger’s astronauts. He died in 1986 and that library is now named after him.

An Amendment was once proposed to the US Constitution in 1916 which would put war actions to national vote, making anyone voting yes to volunteer for a service to the Army.

This Japanese company grants 6 extra vacation days to non-smokers to balance them out with smoker’s break.

Italian doctors diagnose Jews with Syndrome F, a fake diseases to protect them from Nazis. Saved 20 lives with a ‘deadly and contagious disease’.

People who opt out of organ donation (which is automatic when you’re above 21) will also be put at the bottom of organ priority list.

Romans erect tombs and write epitaphs to their passing dog, one of them read, “I am in tears, while carrying you to your last resting place as much as I rejoiced when bringing you home with my own hands 15 years ago.”

This 13-year-old boy was reported to health department by neighbors for opening a hot dog stand. Officer came and paid for his $87 permit fee.

Dr. Phil lost his license for psychology practice in 2006, so his TV show guests has to sign a contract that state he’s only giving ‘advice’.

Bangladesh farmers switched from chickens to ducks because they float when it floods.

Dogs is the most frequent victim to skunk sprays. Skunks lift their tail as a warning, dog takes it as a greeting.

A book is being made based on love letters by 2 gay soldiers from WWII, “Wouldn’t it be wonderful if all our letters could be published in the future in a more enlightened time. Then all the world could see how in love we are.”

A suicide bomber detonated 20 minutes after the Somali-owned Daallo Airplanes took off, creating a hole that sucked him out. He’s the only fatality.

An obsessed fan camped outside Robert Pattinson’s apartment. He brought her to a dinner date, “complained about everything in my life and she never came back.”

Roselle, a guide dog, who helped a group of people including her blind owner down 78 flights of stairs in North Tower, stopped to give a woman with panic attack some kisses, during 9/11.

Carrie Fisher sent a cow tongue in a Tiffany box to a producer who assaulted her friend with the note, “The next delivery will be something of yours in a much smaller box!”