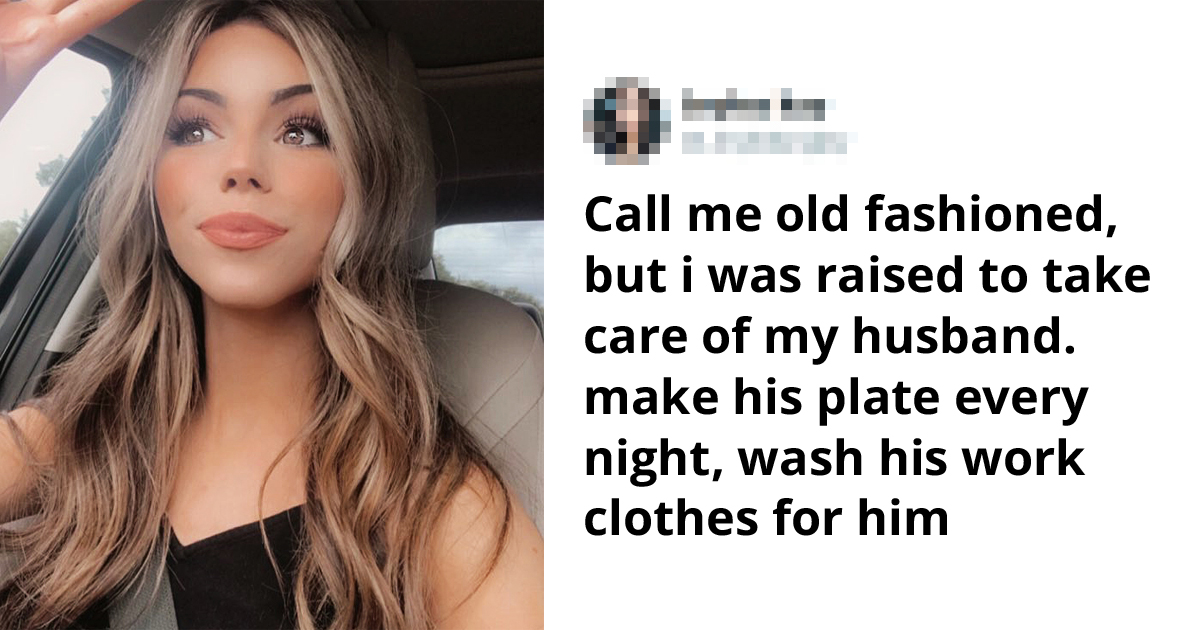 People are raised differently, and culture plays a huge part in our role in society. In western culture, most people believe in a progressive society where gender roles are no more enforced. In other words, women do not always do the house chores and taking care of their husbands all the time.

A new mother, Brylea Kay from Texas was bombarded with harsh reactions after her viral tweet.

Her ‘old-fashioned’ on how she plans to be a wife went viral, but it was controversial.

With more than 51k likes and more than 30k retweets, Brylea’s take on the kind of wife she wants to be was not well-received. Unlike the more commonly accepted norm that household chores should be split, Brylea wrote, “I was raised to take care of my husband.”

“Make his plate every night, wash his work clothes for him, make sure he’s up for work the next morning, always have a clean house for him to come home to, etc.”

A lot of people, however, think this is very cringey and unrealistic.

Aside from the slightly rude replies, people are arguing that her viral tweet perpetuates patriarchy. It may also become an influence on her sons should she ever have one that prevents them from being self-sustaining individuals without having the idea that ‘women are house workers’ enforced on them.

Yet, there are people who don’t think there’s anything wrong with her opinion.

Supposedly, people get to choose how they want to prove their love to their partners, right? This woman decided to show the world that this is how she wants to do it. As a married woman with a newborn baby now, Brylea proves how she’s living her married life happily in the manner she wishes to.

She also points out that she might ‘old-fashioned,’ but that is the kind of wife she wished to be without being forced by anyone. If that’s what works for them, then shouldn’t it be fine?