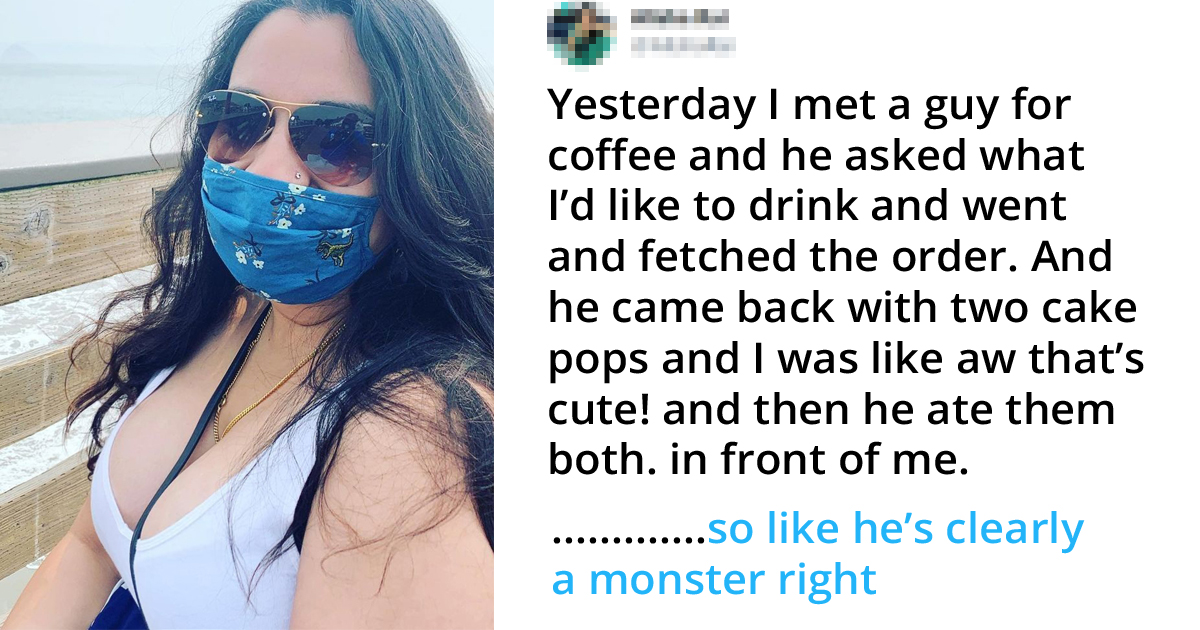 Dating etiquettes differ among people depending on their cultural background. Some people firmly believe the guy has to pay for the meals. Some think that women should be more open and direct instead of using subtle hints to speak their minds.

A woman couldn’t believe how she was not offered a single cake pop on a coffee date.

People were going mad over the fact as the tweet had 339k likes with more than 20k retweets. But hold on, that wasn’t all. Alisha Rai, the woman who tweeted this, added that those cake pops were “Valentine’s cake pops with little hearts on them.”

Judging from the tweet, it sounded like Valentine’s Day date and could have gotten more romantic if he had offered that cake pop.

The tweet had sparked debate on dating manners again. What did the cake pop show about the relationship?

I don’t know about you, but expecting your date to at least treat you to a single cake pop on a coffee date doesn’t sound too money-grabbing. It isn’t that monetary gifts symbolize love, but the willingness to spend $1-$4 to make your girl happy doesn’t sound too expensive.

Some women think he needs to be taught a lesson.

There are also women who told her to be wary of this guy.

But some people went a little too far over the joking tweet, calling her “overreacting” and that a “feminist” should get one on her own.

Alisha is also an author whose book is a close reminisce to the viral tweet. “Girl Gone Viral” talks about a woman whose screengrab of her conversation circulated on the Internet and was taken out of context, forcing her to hide from the public.

Alisha was not seriously calling that guy a monster and in fact, she and the guy did not stay in touch after the date. However, in total opposite to the backlash she gets from the minority that hated her guts, she only had one thing to say.

“Be a little bit kinder to people and share your damn cake pops!”