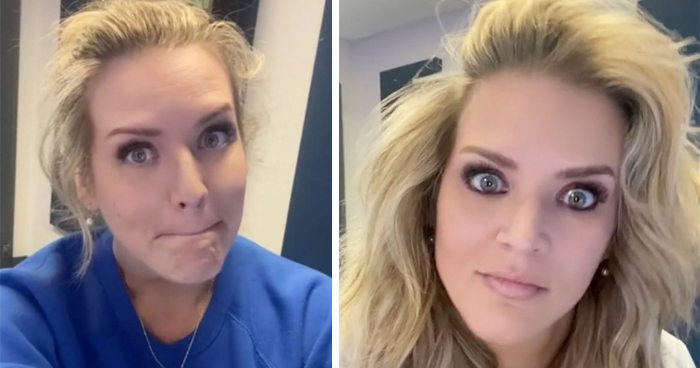 A woman shared how after being stood up, she received news from her date that his dad was sick. Then she got a phone call from his mom asking her to give him another chance.

Susan ‘Mason’ Moussette shares her dating nightmare experience on TikTok. The 40-year-old captioned the video ‘The Audacity’ and posted a one-and-a-half-minute video talking about what happened.

She was stood up by her date for half an hour.

The radio host from Dallas, Texas, shares, “I took a nap so that I would be all rested and fresh. I showered. I did my hair.  I looked good. And then I sat in a restaurant for half an hour waiting for him, and he never showed up.”

Then, he left her voicemails.

Audio from the man could be heard saying, “It’s been an hour, and I haven’t really heard from you, which I don’t think is very cool. I talked to my friends, and they said I should have heard something from you by now.”

He continued, “I know you are busy with work and everything like that, but I basically spilled my guts to you, you know, was super honest with you, and I just don’t think it’s fair that you’re not calling me back. This is not cool.”

“You know, honestly, I’m starting to rethink things, and I dunno, if I don’t hear from you in the next say 30 minutes, I’m sorry I just don’t think it’s going to work out.”

Obviously, Susan never called back which led to the man’s outburst on the issue.

In another audio, he could be heard yelling, “Why haven’t you called me back! How could somebody do that to somebody else? I’ve told you that this has happened in the past. You said you weren’t going to do it. You said it happened to you and it happened to me. That’s why we got along so well.”

“I have left several messages spilling my heart to you. All I’m asking for is a callback, and we can go on a date. I can treat you really nice. I really can. I just don’t understand girls like you. I thought you were different.”

Susan then comments and continued her story, “The level of crazy that am immersed in right now with this man who will not stop leaving me voicemails. I should be frightened. I should be very scared for my safety, and yet I am also so amused.”

Then her mom entered the frame and left a voicemail, too.

I was in TikTok jail, sorry took a while to post! Crazy voicemails from his MOTHER. ##fyp ##crazyvoicemailsfrombradandhismother ##comedy ##radio ##dallasradio ##storytime

“I know I should not be calling you right now, that this is none of my business, but I have a habit sometimes of trying to make things right,” said the mom before continuing to compliment how her son is a good boy and she should give her “another shot.”

People are glad for her to have missed that date. One wrote, “Girrrrlll, the best thing that man ever did for you is stand you up!”

Another commented, “You dodged a whole family of crazy.”

“I’m so glad he didn’t show up for the first date. Someone was watching out for you!” wrote another.