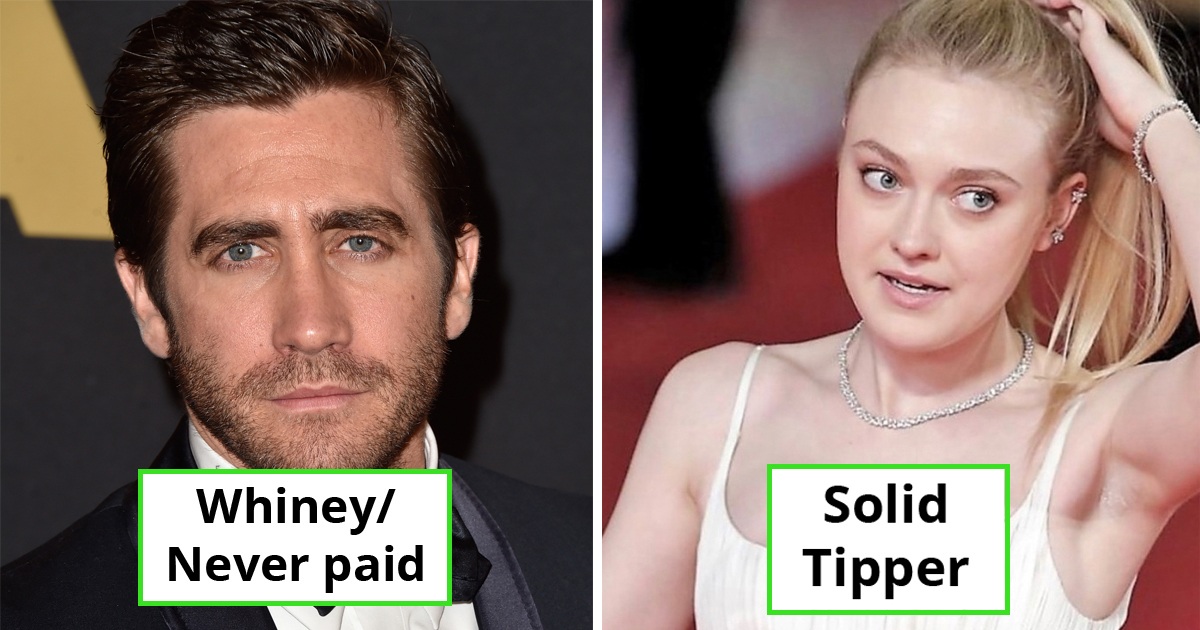 An NYC server shared a video about the celebrities that she’s served. That server is Laura Mesrobian, an actress who worked as a waitress in NYC and met a couple of celebrities while working.

In her TikTok videos that has been viewed a total of 1 million times, Laura shared some personal opinions of these people. She made a total of three videos on TikTok.

She began with Jake Gyllenhaal.

“Yes, he’s f***ing gorgeous. Yes, his eyes will pierce your soul. But, kind of whiney. Really likes Pinot Noir and french fries. Always has friends. Somehow never paid, but he was pretty fun.”

“Seems like a really normal person. Met a girlfriend there, split a bottle of wine. Solid tipper. Can’t complain.”

Director Noah Baumbach also made his way into the restaurant.

“With Miss Gerwig comes another person. Mr. Squid and the Whale. Jeff didn’t match the vibes of Miss Gerwig. Didn’t seem like he was having any fun. Kind of see how Noah Baumbach would make ‘Marriage Story’.”

“Regal, composed. Some people had thought of it as cold, but I don’t think so. She’d probably dealt with a lot of people by this time, so give her a break. With Glenn Close always came [her dog], Pip. Pip had full reign to run around the restaurant as much as he wanted. Not the most fun, but the dog was pretty funny, and it was overall okay.”

“All she said to me was, ‘Are you our waitress? Because we need alcohol right now.'”

“Came in on a super busy night with her husband, but was really sweet and super understanding. Got a cheese board. Overall pretty great.”

Then there’s Greta Gerwig the queen.

“”A true queen. Dude, this girl was so fun. She had just finished her pregnancy at the time and given birth to her kid. She talked to me for like two minutes at the bar about how much her tits had changed. Totally would wanna party with her all night. Just a super good presence in the room,” Laura described.

“Beautiful, classy, and sweet. One of the few celebrities to look you in the eye and say, ‘Thank you.’ Great skin. Really tiny. Joy overall.”

“It was post-election. She had been through it. I thought maybe she’d want red wine or something relaxing. Hillary Clinton was drinking tequila sodas.”