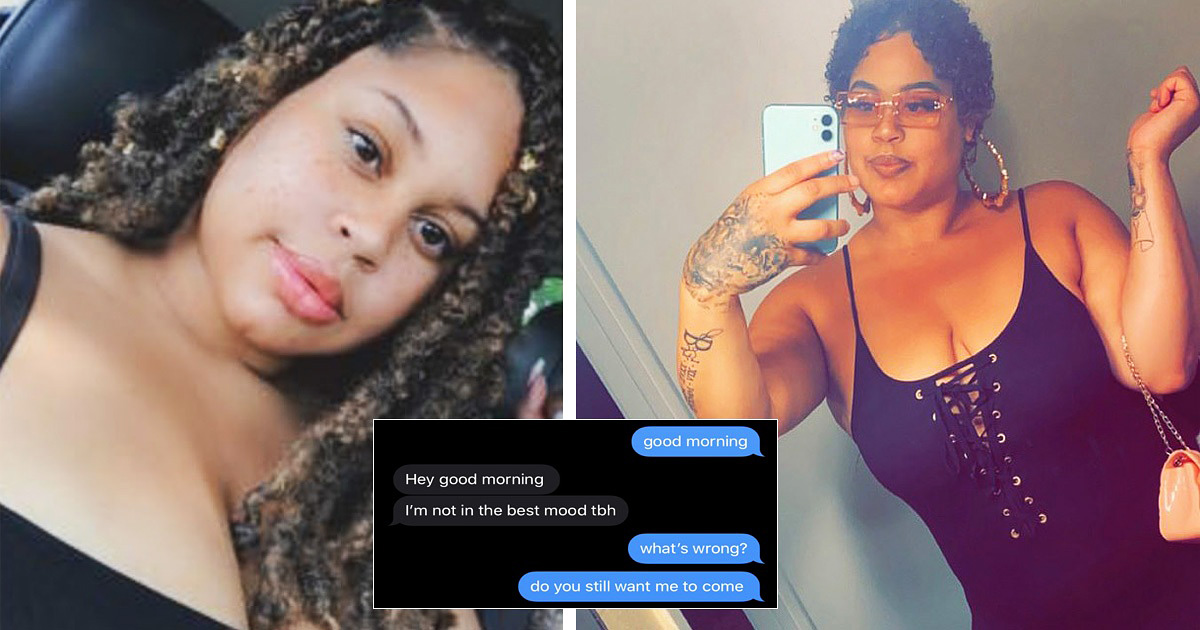 Woman, 23, Flew 1500 Miles To Meet Online Love Only To Be Left Stranded At The Airport

Jasmine Triggs, 23, traveled from her hometown – Fort Wayne, Indiana to Houston, Texas to meet an online date only to be left stranded at an airport

The woman, identified as Jasmine Triggs, 23, traveled from her hometown – Fort Wayne, Indiana to Houston, Texas to meet the man she’s been chatting with. Stepping onto the plane, Jamal, the online date blocked Jasmine number, leaving her heartbroken and stranded at the airport.

Jasmine explained she and Jamal had been chatting for over a week and talks literally every day. She went on to reveal that they had deep conversations hinged on sexual stuff and of course it led to the ‘can’t wait to see you’ moment. Interestingly, Jamal had even told Jasmine he had cleaned his living room for her sake.

Both Jamal and Jasmine had met via iMessage group chat and Jasmine did cough out $380 for the 5hr round trip, but as soon as she landed, she effortlessly contacted the man who had blocked her number.

‘As I sat on the plane, all the messages I was sent were delivering apart from him, so he apparently blocked me. I didn’t hear from all morning and just when I landed, I called him and realized my number was blocked. I was really panicking. Members of the group chat also called on my behalf but he also blocked them all.’ Jasmine explained.

Fortunately, she, however, managed to contact a friend who reside nearby and went on to stay with her for a few days. Jasmine is still baffled as to why she was left stranded and later uploaded the story to Twitter, warning people of meeting up with the people they’ve never met in person.