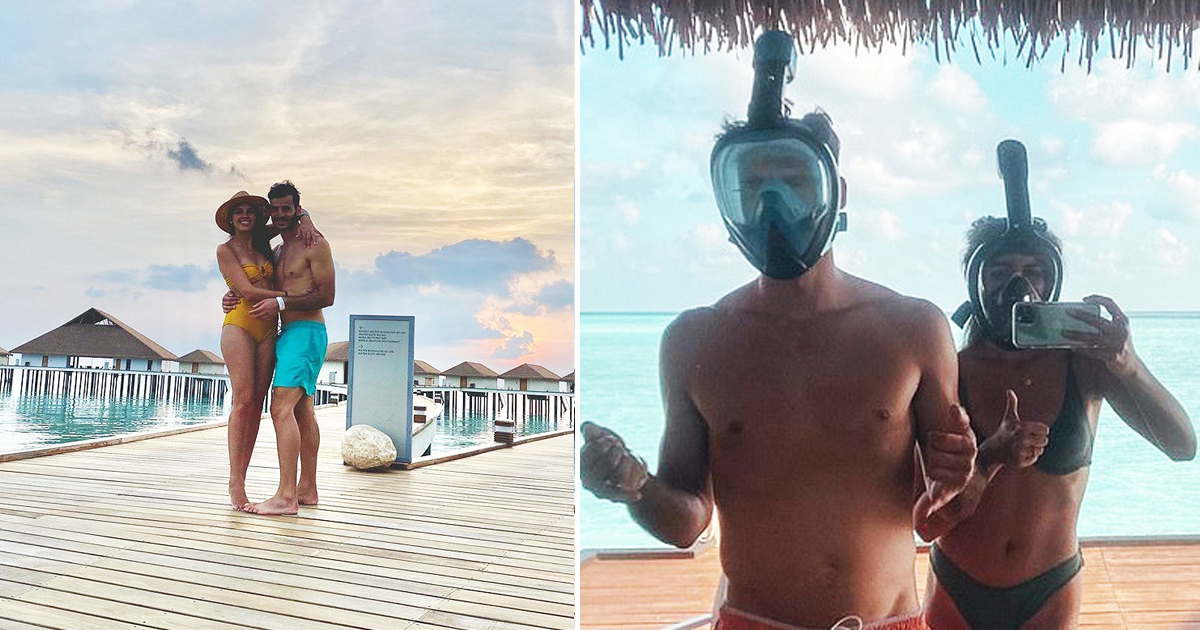 A newlywed has remained trapped in an eternal honeymoon in the Maldives after the ongoing spread of the highly contagious virus forced airports in their country to lockdown.

Olivia, 27, and Raul De Freitas, 28, had planned on spending just six days at the Cinnamon Velifushi Maldives before heading back to South Africa, where they are citizens.

Olivia, 27, and Raul De Freitas, 28 remain trapped in an eternal honeymoon in the Maldives after the ongoing spread of the highly contagious virus forced airports in their country to lockdown

On March 22nd, the newlyweds arrived at the Maldives and were supposed to go back home the following week. But as a result of travel restrictions in several countries, the pair had made sure to check with their travel agent before going ahead with the journey.

At that time, no restrictions for their itinerary has been unveiled and their agent informed them that all South African citizens would be permitted back home.

Nevertheless, that wasn’t the case and now, the De Freitas is no stuck in the Maldives. ‘It’s amazing that we get this additional time. Everyone says they want to be stuck on this island until you’re actually stuck, it sounds good because you can leave.’ Olivia said, adding that they are getting a generous discount off the usual $750 per night resort.

The couple admitted they were in the 4th day of their honeymoon when they received a notice that South Africa’s airports’ lockdown by midnight. They told The New York Times that flights heading back to South Africa are 5 hours to Doha, Qatar where they would again be subjected to a three-hour layover, and then nine hours to Johannesburg.

On March 22nd, the newlyweds arrived at the Maldives and were supposed to go back home the following week

Due to the aforementioned complexities, the pair would, however, never had made it back to South Africa ahead of the country’s airport lockdown. On the other hand, the De Freitas revealed they considered other options, including speedboat ride to Main Island’s airport but unfortunately the Maldives equally announced their own closure.

Nevertheless, flight permissions are expected to be sorted out by Monday despite lockdown lasting at least April 16th.