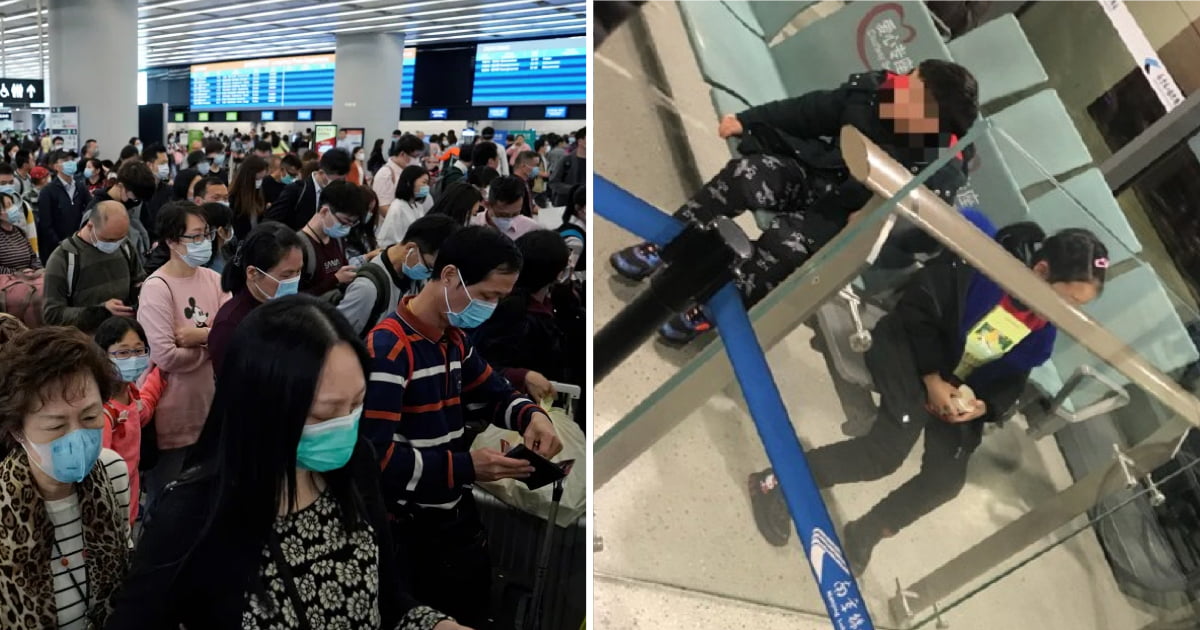 Parents Left Sick Children At Airport And Flew Away Amid Outbreak

An observer has alleged that two parents abandoned their child at an airport in China amid the Coronavirus Outbreak. With about 830 people confirming to have contracted the virus, the official death toll stands at 26, most coming from the Hubei Province.

Being a not-declared public health emergency yet, the hysteria is erupting around the world as multiple cases continually pour in. And for these parents, it’s apparent it might have got a better part of them.

@Not Shy, a Weibo User wrote online about seeing a child left all alone at the Nanijang Laukou International Airport, mainly because the child was having a fever.

Stopped from boarding the flight to Changsha, the young’s boy dad revealed he wasn’t sick, but staff were persistence in their rejection, resulting to the parents and airport crew arguing at the boarding gates for an estimated three hours

Causing undeniably delay for other passengers, the parents were later spotted walking into the plane and leaving the feverish boy and his siblings all alone at the airport. The ground crew, however, did had no choice but to take care of the abandoned children.

Multiple citizens confirmed the incidents and said the passengers were forced to switch boarding gates as well as caused a three-hour delay. Nevertheless, the Megacity Wuhan is currently in lockdown and officials are using thermal detectors to scan for potential fevers as hundreds of passengers continually filed through the security screening in airports.

On the other hand, the World Health Organization explained that Coronaviruses are a massive family of viruses causing illness ranging from fever, respiratory symptoms, shortness of breath, cough and breathing problems. In severe cases, the virus can lead to kidney failure, acute respiratory syndrome, and pneumonia.