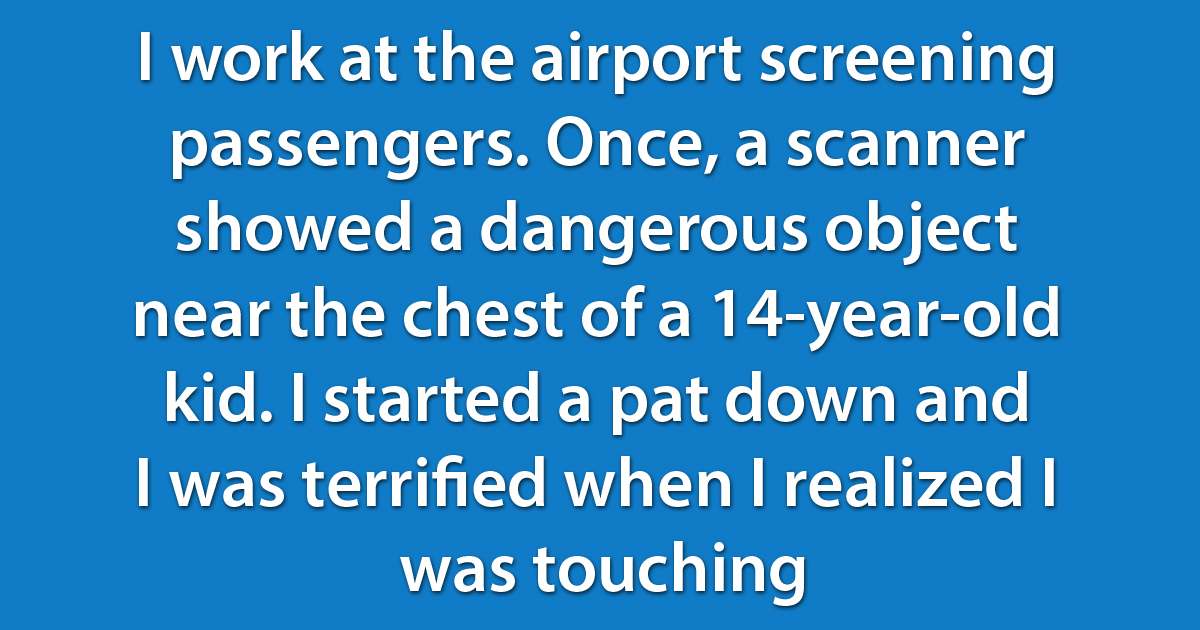 15 Unforgettable Stories That Happened At The Airport

Officers who work at the airport fully understand that they have to be alert at all times. It’s where dramas unfold, tears are shed and regrets are left. It’s also where accidents can be catastrophic but obliviousness, a bliss. These 14 stories that happened at the airport are Greenlemon’s favorite and we’d like to share them with you.

1. Long story, but the wholesomeness is worth it all.

I once waited at the airport for my husband while holding a sign with his face. Yes, a little bit obnoxious, but the reason why everyone was laughing their a*s off, because of that I also wrote ‘International Forum Of Victims Of Camel Aggression’ for a whole 30 minutes. © Unknown author / ideer

A lady who carried a small dog at the check-in counter was told she cannot carry the animal on flight. She lack the paperwork for it and she just left the dog, checked in, and boarded her flight. I still had a lot of time and after realizing the woman was not coming back, called my friends to pick dog up and left my phone number in case someone comes to claim the dog back. This is the story of how I got a dog. © Unknown author / ideer

Check-in usually closes 40 minutes before boarding and once that happens, the system won’t allow anyone to check-in anymore. There are exceptions if the system is manually opened, which was the case once when a passenger arrive 30 minutes before the flight. The boarding process was already happening, but he hasn’t even checked in his baggage.

But the check-in system was still open, so he could still fly. But we couldn’t send his luggage because it’s already loaded, so what happened later after a quick talk with the company’s representative was he could take the baggage right on board. We sprint to the plane and made it on time. But this is only a once in a lifetime thing – you will miss your flight if you can’t arrive at least 40 minutes before your flight departs! © 111valek111 / Pikabu

This married couple from the UK are celebrating their anniversary in the US. They were stopped at the security after the officers found an animal hidden in one of their bags. The couple were surprised and convinced the officers they weren’t trying to sneak him out. The cat loves inspecting their bags and may actually have packed himself along. They called for a friend to pick him home and had a smooth flight to the US. © Nick Coole / Facebook

A passenger arrives late and I was the administrator he saw too. The flight was delayed for a bit, so everything was fine. Turns out that was his third attempt on this flight after the first one was canceled and the second one was delayed. Two computers froze consecutively when we tried to check him in and when we did, the bus turns out to have gone off. He got on the next ride as a VIP and could finally fly. Well, that’s what everyone thought until it announced for an emergency landing back because a window had cracked 20 minutes later. © Unknown author / ideer

On my home from abroad, I had several connecting flights on terrible schedule. I also had a 12-hour layover, so I decided to sleep from exhaustion. But I woke up to see that I had missed my final flight and all I could do was cry at the airport. A man came up to me and asked what happened before buying me a ticket home. © Unknown author / ideer

Munich airport expected to lost €1 million when an oblivious woman walked through the screening without getting checked. She was carrying liquid and after the officer told her, the 40-year-old thought she didn’t need to be screened anymore after that. The officer was distracted with chatting with a colleague but the team couldn’t locate the woman who had boarded the flight. It resulted in days of delayed flights and hundreds of stranded passengers. The woman won’t face charges, but three officers were relieved from duty.